A summary of the most exciting recent news in online video in the U.S. and Latin America. If you’re trying to stay up-to-date with these constantly-evolving markets, look no further.

ONLINE VIDEO GROWS: ZenithOptimedia has come out with a study indicating that programmatic advertising will account for 60% of digital display in 2016, and that Internet advertising will outspend television by 2018. Online video plays a large role in that, as it offers some of the most targeted, customized messaging options.

WE’RE IN FOR MORE NETFLIX AND CHILL IN 2016: Netflix Head of Content Ted Sarandos has made an 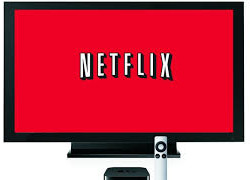 announcement that will keep many of us sitting on the couch in our pajamas for most of next year: as compared to its 16 original series in 2015, Netflix will be producing 31 new original series in 2016! The online streaming service will also be releasing 10 full-length feature films, 30 children’s shows and 12 documentaries. Whelp, there goes my new year’s resolution to get out more in 2016…

SNAPCHAT TRIPLES ITS VIEWS SINCE LAST MAY: Snapchat has stated that its messaging platform receives six million views a day, a statistic that should confirm the importnace of short form video and in general, online video, as an advertising platform for the 60% of 13-34 year old smart phone owners in the US that are also Snapchat users. Just last May, Snapchat CEO Evan Spiegel claimed that the platform had two billion daily views.

HAS ANVATO DEFEATED AD-BLOCKERS FOR GOOD? OTT video supply chain company Anvato is claiming that its Media Content Platform (MCP) technology customers are not affected by ad blocking technology. As programmers and media brands worry about the popularity of ad-blocking, Anvato offers Dynamic server-side, frame-accurate, broadcast-quality ad insertion. If Anvato is right about its technology, this could be the million-dollar ticket for brands that want to ensure the deliverability of their messages on online video.

AT&T ABANDONS HISPANIC STREAMING SERVICE YAVEO, BUT NOT VIDEO: AT&T has quietly discontinued its Hispanic Yaveo streaming service, which it launched through DirecTV (AT&T acquired DirecTV earlier this year) in 2014 in an effort to attract more customers through online video channels. Apparently, the company’s next move is to release another video service for DirecTV subscribers in January 2016. AT&T also announced that AT&T will become the “corporate brand” for its television products, including DirecTV and its AT&T U-Verse cable service.While DirecTV’s logo will change in January, AT&T will keep the DirecTV brand name “for the forseeable future,” a spokeswoman said. 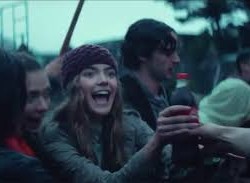 had to issue an apology and take down a YouTube ad featuring goodwilled white teenagers bringing Cokes and a big, pretty Christmas tree to a group of indigenous Mixes in Oaxaca. Coca-Cola’s #OpenYourHeart campaign was supposed to be aimed at ending prejudice, but it ended up reinforcing some pretty bad racial and colonial stereotypes. Oops.

ESPN EN ESPANOL, BUT BETTER: Those visiting ESPN.com in Argentina, Chile, Colombia, Mexico and Venezuela will be greeted with an improved version of the sports platform, with the same technology and design as that of the site that was launched in April, but with better audio and video content that covers more sporting events with better speed and performance. It will also be responsive, as mobile-friendliness is a must with any digital product.

MEXICANS GO MOBILE: Programmatic advertising software company TubeMogul released a study on the Mexican online video advertising market and found that more pre-roll video ad impressions occur on mobile devices in Mexico than in the United States: 33% versus 23.9%. The study also found that while 30-second ads conform 70% of mobile ads in said country, 15-second ads are more effective, as they were found to have a higher completion rate.

ARGENTINA DEVOURED ONLINE VIDEO IN 2015: According to a new study, video downloads and consumption increased by 66% in 2015, as more than three billion videos were viewed in October 2015 alone. Argentines spend 11 hours a week watching videos on their smartphones and SmartTVs, and the amount of mobile video consumption grew 7%.

REACHING LATAM: WORTH MERGING FOR?: Video compression company Thomson Video Networks (TVN) is rumored to be considering an offer from delivery infrastructure company Harmonic to acquire 100% of its assets for $75 million. The purchase would give TVM greater reach, scale and resources while Harmonic is attracted to TVN’s strength in regions like Latin America as well as its content and service provider relationships.

LATAM DIGITAL VENTURES DEBUTS FULLSCREEN: José Valverde Padilla, co-founder and CEO of Fullscreen spoke with Portada about the newly-created venture that Latam Digital Ventures opened seven months ago in an effort to provide multi-screen, integral online video advertising solutions for a variety of platforms. The agency will offer formats like pre-roll, mid-roll, post-roll, pre-home, in-banner, rich media and rising stars, to name a few. Their network of premium sites already has 4.6 million unique viewers, and is planning to reach the US-Hispanic market by 2016. 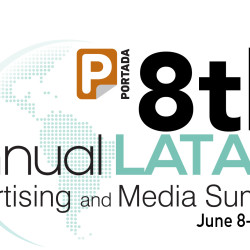 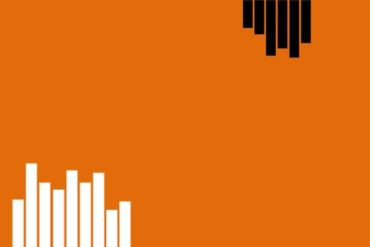