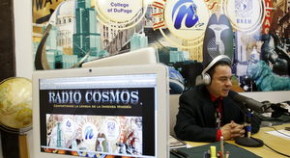 Findings from a top ten market study reveal that 32.7% of all Hispanics have logged on in the past month to an Internet radio website such as Pandora Radio, iHeartRadio, Radio.com or Slacker.com. Internet radio is headed in a positive direction. With 91% of Hispanic monthly visitors listening on a weekly basis, the preliminary data suggests that many Hispanics are becoming loyal to Internet radio listening.

Additionally, 29.8% of Hispanics listened to Internet radio in the past week, suggesting nearly the same amount are logging on weekly as they are in a typical 30 day period.

It is estimated that by 2050, the number of Hispanics in the U.S. will grow to 132.8 million, thus strengthening the group’s collective purchasing power, which is estimated to reach $1.4 trillion in 2013.

More than half of Hispanic consumers are now accessing web content via a smart phone or a connected device such as an IPad, the findings suggest a narrowing digital divide between Hispanics and Caucasian consumers, thus making them more attractive to mobile and digital marketers. According to Pandora Radio, more than 75 percent of Pandora’s listening occurs on a mobile or other connected device.

Among Hispanics in the top ten markets, 28.7% reported having logged on in the past month to Pandora Radio, while 8.4% logged on to iHeartRadio.com, and 1.9% logged on to Radio.com.

The preliminary findings reflect the growing importance of this segment, as Hispanics now total 50.5 million or 16% of the total U.S. population who are of Hispanic or Latino descent, according to the most recent 2010 Census data.

The figures represent a dramatic change in Hispanic Internet radio listening behavior from a year ago, when only 13.5% of Hispanics listened to Pandora Radio. As a result, the year over year growth rate is 142% for Hispanics accessing Pandora Radio. Furthermore, only 3.9% of Hispanics accessed iHeartRadio in 2011, resulting in a 182% increase in monthly visits year-over-year, while access to Radio.com increased 52% during the same period.

The study further found that among top Hispanic radio markets, Pandora and iHeartRadio remain competitive when compared to Hispanic-programmed local radio stations that heavily focus on the Hispanic market.

In Los Angeles, 25.9% of the metro area’s 3.9 million Hispanics reported having listened to Pandora Radio within the past week, a figure that represents more than 1 million weekly listeners and topping weekly listening of all Hispanic-programmed stations or radio clusters.

Among Miami’s 1.7 million Hispanics, nearly one in four listened to Pandora Radio within the past week, again ranking the popular Internet radio service number one among all Hispanic-programmed stations or radio clusters.

Source: Media Audit  – The Media Audit is a syndicated multi-media research company surveying 100+ US markets. Its Annual Consumer Buying Power service is targeted to provide radio with research about 100’s of direct businesses in the local market. Results are based on a national sample of more than 104,000 respondents. More than 1,000 media sell and profit with The Media Audit.