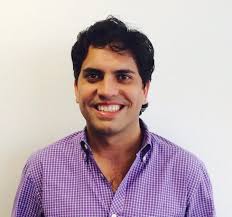 VICE is setting up a Miami operation that will also act as coordinator for VICE’s U.S. Hispanic youth offerings as well as VICE’s existing Latin and South American operations, which currently span from Mexico to Brazil.The new bureau will be responsible for expanding VICE’s roster of channels in the region, and producing hundreds of hours of programming per year, covering the underreported stories and breaking news that matters most to young people. A spokes person at VICE tells Portada that Dan Perry will be in charge of Sales/Business Development in the Miami office. 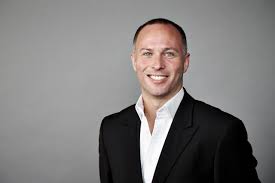 Travis Johnson, CEO of mobile agency, Mnet, has been named Global Head of Mobile for IPG Mediabrands, and will be relocating to New York in July to take up the new position.Johnson has been with the Mediabrands family for ten years – holding various digital roles as well as a stint as Commercial Director for Mediabrands Australia and prior that, Managing Director of UM.In his most recent role at the helm of Mnet, he leads a team of 60 professionals across Australia, providing client services ranging from business plan articulation to mobile strategy, development, commerce, deployment, measurement, media and analytics – driving the overall direction and capabilities of the agency to be world class. In his new position, Johnson’s core responsibilities will be to leverage the group’s proprietary technologies and patents – including HARK™ second-screen audio watermarking technology, mobile campaign management platform, content management systems and social integration technologies – in order to grow mobile capabilities in key Mediabrands markets globally. He will be charged with creating a global network of mobile offices to collaborate and create – exporting what has been hugely successful in Australia to the rest of the world.

Leo Burnett Tailor Made The brazilian subsidiary has added a new pair of creative directors: Clovis Marchetti and Antonio Nogueira, a team led by Marcelo Reis, partner and co-chair of the agency.

BBDO Chile has new creative directors.Marcelo Con and Jorge Muñoz have joined the Chilean subsidiary from Contrapunto BBDO -Madrid- and Prolam Y&R, respectively.They will both lead the creative team and report directly to Agathe Porte, CEO of BBDO & Proximity Group in the country.Muñoz and Con will work for clients such as Visa, Merrell, Azleia and Gatorade.

Rodrigo Lugato has joined Ogilvy Brazil as creative director to handle the Claro account. Lugato held the same position at F/Nazca Saatchi & Saatchi for the past five years. Some of the clients for whom he worked are Claro, Honda, P&G, Carrefour, Pernambucanas, Novartis and Kia Motors.

Adrian Hermosillo will be responsible for all aspects of the Pro Mach Mexico Shared Services business, including facility management, importation of aftermarket parts, management of training services, equipment demonstrations, trade shows, and Internet-based marketing.Hermosillo, a Monterrey native,  has been in sales, marketing, and technical support for Axon for more than four years in the USA. He holds a B.S. degree in engineering from Monterrey Tech (ITESM) and an MBA from UNC-Chapel Hill, Kenan Flagler Business School.