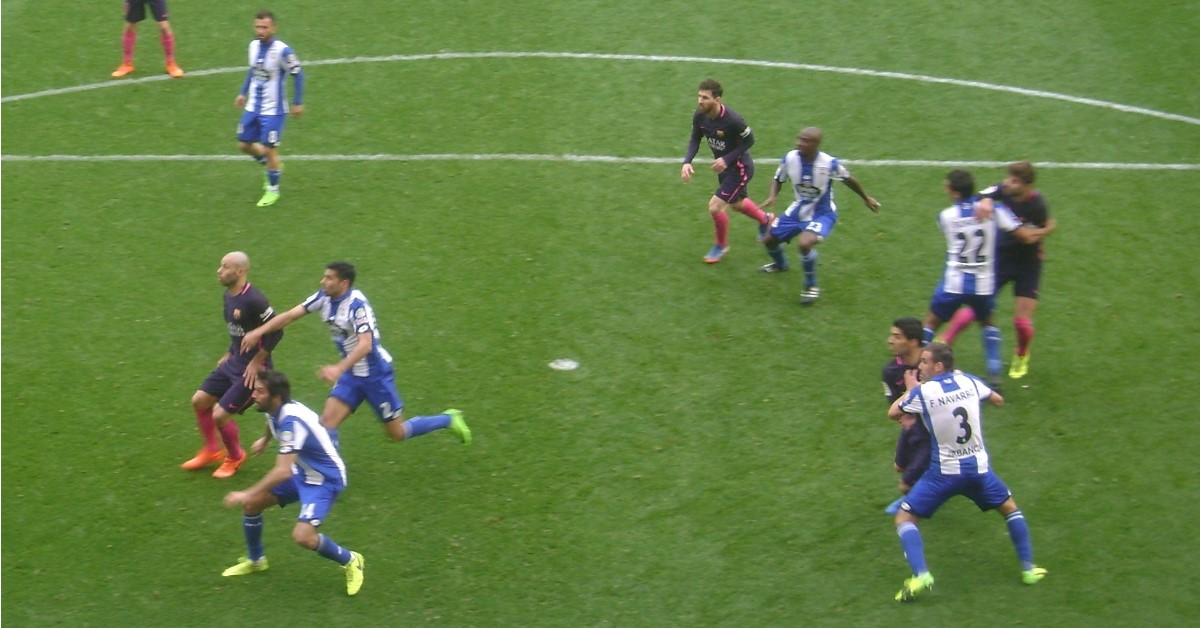 What: A marketing update from La Liga U.S. Delegate Rebeca Diaz Gonzalez.
Why it matters: La Liga continues its push to market to U.S. fans.

Even without a U.S. team in the coming World Cup, the U.S. soccer market is as strong and is growing faster than every other area, maybe with the exception of China, in the world. It’s why we have seen strong efforts to cultivate fans in recent years put forth by FC Bayern Munich and Schalke FC of the Bundesliga, Manchester City and Chelsea FC in the Premier League, AS Roma of Serie A and both Real Madrid and FC Barcelona of La Liga (@LaLiga). However, the league that has made the most aggressive overall push in the last year has been La Liga. With an office in New York, the efforts are both on the grassroots and the marketing side, especially to cultivate fans of clubs across the league, as well as the efforts being made to grow the women’s game.

How is it going? We asked Rebeca Diaz Gonzalez (@rebsdg), La Liga U.S. Delegate, Business Development for an update

Portada: From an overall brand story, how important is the U.S. to La Liga’s business growth?

R.D.:“The U.S. is a key market for La Liga, and is extremely important to the League’s business growth, which is the main reason we opened an office in New York City. Our international strategy is essential for the growth of the League and our teams.

La Liga has strengthened their international department with 44 delegates who are working in countries around the world to increase the League’s reach using different initiatives. International growth is one of the strategic pillars for the organization, and thus a main goal. The 44 international delegates give La Liga a local presence and work to understand each market and fan base. The objective is to use a hyperlocal approach and create a permanent dialogue with our fan base through different initiatives (events, publicity, grassroots initiatives, digital presence, sport projects, friendlies, relationships with key stakeholders etc).

Soccer is the fastest growing sport in the U.S and the sport with the youngest fan base. La Liga’s fan base is growing every year, and we want to make sure to continue to engage with fans in the right way, as well as get more fans on board.”

La Liga has global partners and regional partners that use the League’s global reach to activate in their key strategic markets.

Portada: Other than friendlies during the summer La Liga now has fulltime staff in the States. What is the goal for that office now and how can it grow?

R.D.:“The NY office’s short-term goal is to create awareness and grow our fan base. We will work with beIN, our broadcaster, to activate on different initiatives. We are also focused on storytelling and digital initiatives.

Some upcoming initiatives include watch parties for the next Clásico and bringing La Liga Promises International (the most prestigious Under 12 tournament worldwide with 7 Spanish and 5 international teams) to New York in June.

The New York office will continue to grow as we share knowledge with other leagues (such as the MLS and NBA) and increase awareness of our brand in this market. We aim to show the U.S. the passion that makes Spanish soccer truly special.“

Portada: La Liga is associated with some of the biggest brands in the world as partners, how do those brands activate in the U.S. now?

R.D.:“La Liga has global partners and regional partners that use the League’s global reach to activate in their key strategic markets. With all activations we involve our partners to increase reach and visibility for both them and us.

In January we hosted a Clinic with David Villa at the La Liga Academy presented by Disney World in Orlando and we ran a contest to win spots at this clinic with Tag Heuer boutiques. This is a good example of how we collaborate with our global partners in the U.S.

Tag Heuer and Mahou had visibility and activated around the El Clásico watch party last season as well. We rely on our current partners and are focused on acquiring new partners in order to keep growing.”

Portada: Is the market in the U.S. primarily Spanish-speaking or is a combination?

R.D.“Our strategy is aimed at appealing to fans from all cultures. The Spanish-speaking audience continues to be a powerful audience in the soccer world, but we also believe that the English-speaking audience for La Liga is growing. The US Hispanic community is the largest ethnic or racial minority group in the country, making up more than 17% of the population. However, recent studies show that the majority of Hispanics in the US are no longer foreign-born, so even though they have the Hispanic culture in their blood, they prefer to consume content in English. Soccer in the U.S. is becoming more potent every day, and a range of viewers are joining in.”

Portada: People know Real Madrid and FC Barcelona, but there are many growing and powerful clubs beside those two. What are some of the ways La Liga is trying to grow the overall footprint through those clubs in The States?

R.D.:“La Liga has built out an international communications team that is dedicated to sharing stories about all of its clubs. This includes working with and helping clubs to publicize their unique stories. We have a new U.S. communications lead whose job is to identify storylines that will resonate in the U.S. and work with clubs, athletes, executives, and media to tell these stories.

We also recognize that fan acquisition can be dependent on telling stories that are not soccer-centric, attracting audiences who otherwise wouldn’t show interest in the sport. We are actively learning and sharing the personal stories of our lesser known teams. For example, we’re working with Levante to share the unique personal story of Shaq Moore, the young defender from outside Atlanta who recently found himself on the pitch with none other than Lionel Messi. For another example, the city of Girona is popular due to its Game of Thrones sets, and we’d like to use that popularity to share some tidbits about the city’s passionate football culture and its club’s fight to compete with FC Barcelona.

La Liga is an entertainment spectacle in which all of our teams and players are engaging characters! By sharing more and more of these stories, we hope that Americans will ‘pick their colors’.”

Portada: What markets are best suited for brand growth in the States? How is that growth measured?

R.D.:“Key markets for us are California, Florida, Texas, Chicago…we have a keen eye on the Pacific Northwest and cities like Atlanta where passion for the sport is high.

We work together with Nielsen and GFK to understand where our fans are and what they like.”

Portada: What should brands and fans look for from La Liga in the next year in terms of activation in the U.S.?

R.D.:“La Liga’s focus is on growing our awareness by telling relevant stories about our competition and geolocating specific content for U.S. fans on digital channels. We will be more and more creative with activations, working with influencers to grow our digital reach in an authentic way and aiming to create media-worthy stories wherever able. We are in the market to stay!” 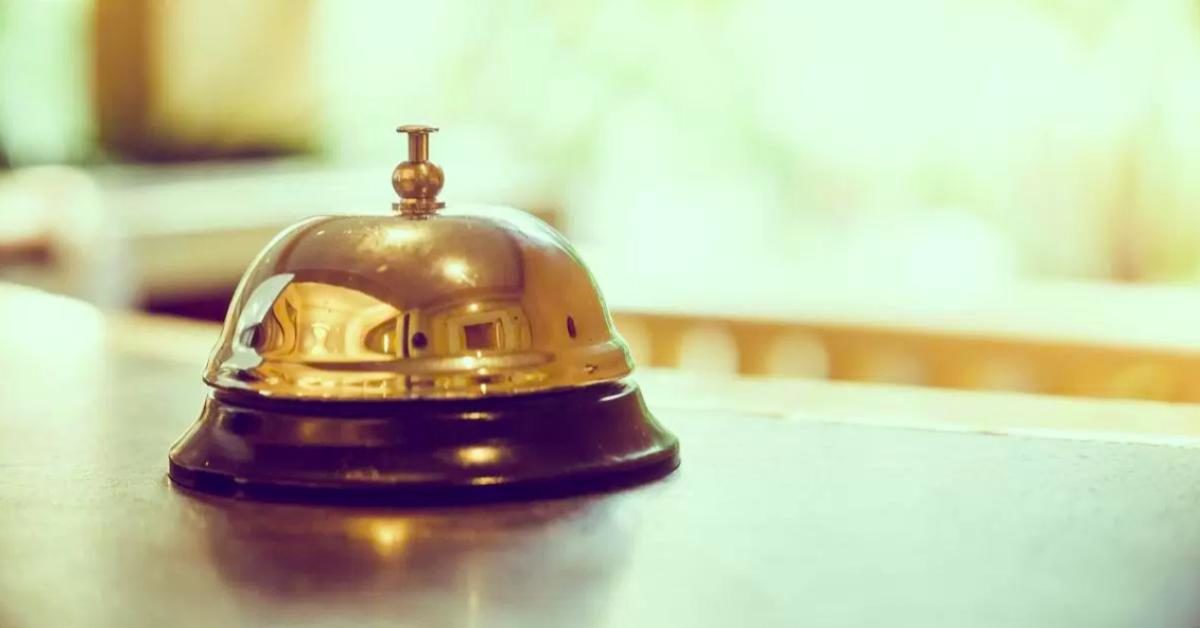 Top 5 Challenges for the Hotel Industry in 2018 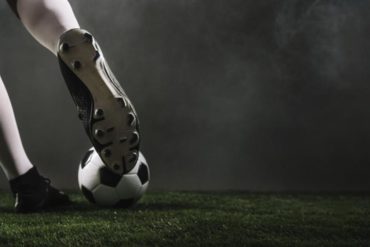