Check out  Portada’s Interactive Directory of Corporate Marketers and Agency Executives. 9 NEW LEADS HAVE JUST BEEN UPLOADED. To acquire the database, please call Matt Eberhardt at 347-961-9516 or e-mail him at matte@portada-online.com SEE A DEMO OF THE DIRECTORY!

VoixStar Telecom is set to start operations by this coming summer, with headquarters in Florida and operations in 2 other countries.With full mobile service, VoixStar will be a 360 Solutions Telecom, offering mobile, VOIP services, no PIN prepaid long distance and reloads or top-up for any mobile company in the world.VoixStar will start operations in a MVNE, offering full mobile LTE service in the U.S and 4G in Mexico and Colombia.VoixStar Mexico is also set to start operations at the same time as the U.S. this coming summer. VoixStar appointed Israel Iturbide as President of VoixStar Mexico with headquarters in Mexico City.In Colombia, VoixStar is schedule to launch their operations in the city of Cali. www.voixstar.com 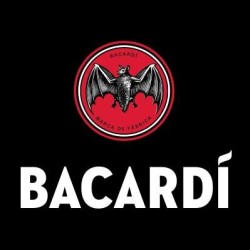 Liquor marketer Bacardi Limited is about to shift global creative duties to BBDO Worldwide and media responsibilities to OMDWorldwide. The two Omnicom Group agencies will oversee Bacardi as well as other major bands including Grey Goose, Martini, Bombay Sapphire, Dewars, William Lawson’s, Cazadores and St. Germain.The company did not hold a formal review. Bacardi, one of the world’s largest privately held spirits company, spent US$74 million on measured media in the U.S. in 2014, according to Kantar Media. As of 2013 the company ranked as the 131st-largest ad spender in the states, according to the latest ranking from the Ad Age DataCenter.Media has been handled by WPP’s Mindshare in the U.S., and by Publicis Groupe’s ZenithOptimedia in Europe. The agency consolidation comes as Bacardi is in the midst of cutbacks.BBDO and OMD will handle the business from two global hubs in New York and London.

Visa has begun a global media agency review for the first time in over seven years.Omnicom’s OMD retained its U.S. account and added more international business during the last review. Visa spent us$113 million on measured media in the U.S. in 2014, according to the Ad Age DataCenter.

Pepsi is giving creative control of its most iconic brand equity, the Pepsi can, to fans. As part of the 2015 #PepsiChallenge, consumers will have the opportunity to re-envision the recognized can with their own special designs and creative flair in the “Live For Now” Design Challenge.Led by #PepsiChallenge global ambassador and world-renowned fashion designer and creative director, Nicola Formichetti, the “Live for Now” Design Challenge will kick-off with a design concept from Formichetti, featuring his beloved Nicopanda emblem, that will serve as inspiration and lay the groundwork showcasing where consumers can go with their own submissions. A blank Pepsi can, with only the logo intact, allows consumers to re-imagine the facade of the Pepsi can, with the only limitations their own imagination.Continuing through May 13th, submissions from around the world will be accepted on www.PepsiChallenge.com, with one (1) winning designer offered a once-of-a-lifetime design experience at the PepsiCo Design & Innovation Center in New York City working alongside PepsiCo’s industry-leading design team.Every time consumers around the world use the #PepsiChallenge hash tag on public Instagram, Facebook, Twitter or YouTube profiles, Pepsi will donate US$1 to Liter of Light to help bring environmentally-friendly, inexpensive and easy to make lights to those around the world who need it most.The Pepsi Challenge will continue throughout 2015 with additional global and local challenges. Challenges are issued on Pepsi social channels, PepsiChallenge.com and via global and local ambassadors. 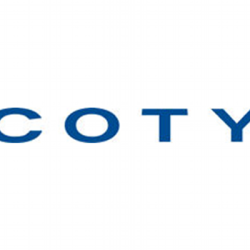 Fragrance manufacturer Coty is conducting a review to consolidate global media. As part of the review, the company is asking agencies to agree to 150-day lags in payment.The beauty giant is currently based in New York, has a limited number of contenders.OMD, which supports Coty in the U.S., U.K., Ireland and Canada, has declined to participate in the review.Agencies within WPP’s GroupM and Dentsu Aegis will not participate as well, according to industry executives.Havas Media, Interpublic’s Initiative and Publicis’ Zenith have also been invited to participate in the review.