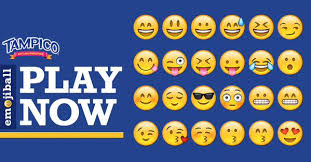 Tampico Beverages, a global beverage brand, launched “Emojiball,” a social media game where anyone age 17 or older can comment on specific Tampico Facebook, Twitter and Instagram posts with a combination of five emojis from a selected pool of 24 in an attempt to guess the winning emoji combination. Prizes, including a state-of-the-art smart watch and other tech toys, will be awarded to contestants who use the five correct emojis in the correct order, as well as runners-up selected from contestants with partially correct combinations. The game will run from June 29 to September 18. The Emojiball is currently being promoted through Facebook paid media support (managed both in-house at Roar Media and in partnership with Adaptly), + programmatic mobile and desktop display–largely via Google Display Network and DoubleClick (managed in house at Roar Media.)

Restaurant chain Johnny Rockets is making a more targeted push into Hispanic markets by signing a franchise agreement with Cruzar Group LLC to open at least three restaurants in El Paso, Texas, as part of an aggressive expansion into West Texas, where there is a large Hispanic population.Restaurants are also under construction in San Antonio and Laredo, Texas, and Arizona is another target market with a growing Hispanic demographic where the brand sees potential for growth.Currently, about 18 percent of U.S. consumers are Hispanic, and the demographic group is expected to make up a third of the general population by 2050.By 2020, an estimated 25 percent of Millennials will be Hispanic. Of those, two thirds identify themselves as “foodies,” which fits with Johnny Rockets’ renewed emphasis on food.The strategy is still in beginning stages, but will likely include the use of Spanish on menus. The focus will also be applied to restaurant design.Johnny Rockets is looking to create space in restaurants for larger gatherings as hispanic customers tend to dine out in larger parties of four or more, compared with two or more for the general population.The chain will also look to incorporate regional flavors that will resonate in markets with larger Hispanic populations.

Memphis, TN, based communications agency Archer Malmo has acquired Austin-based Tocquigny, a digital marketing agency founded by Yvonne Tocquigny in 1980. Tocquigny will be rebranded as Archer Malmo over the next few months. Yvonne Tocquigny and Tom Fornoff will continue to lead the Austin office as chief creative and strategy officer and president, respectively. Archer Malmo will also acquire some high profile clients with the deal including USAA, Citgo, Websense, Trusource Labs, NFP Advisor Services and Pivot3.

El Rey Network, Robert Rodriguez’s English speaking general-entertainment channel, has announced the official launch of ‘The People’s Network,’ a new digital platform for creators, makers, and fans to showcase their talents. With submissions including artwork, ideas, short films and more, the network is kicking off this multi-platform initiative in partnership with Corona Extra, its exclusive beer partner with a promotion entitled The Epic Summer Movie Contest.Beginning on June 29, El Rey Network and Corona Extra will launch a call to action asking fans to tap into their creative side and design the ultimate movie poster, one that reflects how they embrace summer in the most epic way! Deadline to submit via www.elreynetwork.com is Sunday, August 9. Rodriguez and his creative collective will determine the winning artist, who will be featured in an original vignette both on-air and online, and receive a trip for two to Cancun, Mexico. The winner will be announced late summer, 2015.