San Antonio based Bromley agency is closing. The shop is No. 22 in the top Hispanic agency ranking, with estimated revenue of less than $10 million. Bromley’s main accounts include General Mills brands, including Cheerios, Fiber One, Yoplait, Pillsbury, Totino’s, Pillsbury and Progresso. Agency execs interviewed by Ad-Age, said that many of those brands are likely to go to Casanova Pendrill and Conill, the Hispanic shops for General Mills’ main creative agencies, Interpublic’s McCann Erickson and Publicis Groupe’s Saatchi & Saatchi. One agency exec said that independent shop Grupo Gallegos might also get one of the General Mills brands. Bromley also handles Western Union, and just broke a campaign for its money transfers to Cuba in a series of TV spots shot in Cuba. It’s unclear where two other accounts, the NBA and car rental company Enterprise Holdings,  will land. 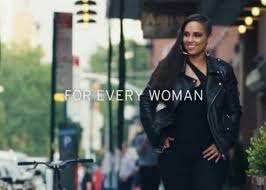 Levi’s has unveiled a new women’s denim collection that features a range of styles for different body types, including skinny cuts, shaping styles and curvy fits. The retailer is pushing the line with ads featuring Alicia Keys and other female musicians.The campaign is Levi’s largest-ever effort aimed at women since it debuted its first pair of women’s jeans in 1934. The campaign and the collection touch on the way women feel when they find the right pair of jeans, recognizing that the shopping experience is different than with men.As part of the effort, Levi’s aims to make it easier to shop for jeans and drive traffic in stores. The retailer has revamped its in-store signage and shoppers can make one-on-one appointments with a stylist at select locations.Levi’s is also partnering with PopSugar, a Multichannel Network, on a location-based push and working with cinema ad distributor NCM to retarget ads to moviegoers on their mobile devices within seven days of their visit to the theater.The broader campaign is a continuation of “Live in Levi’s,” created by FCB. The new effort is aimed squarely at women. Levi’s will also run a separate push for men.Ms. Keys stars in the launch spot, opening with the voiceover: “All women are badass.” In the ad, she revisits her hometown of New York City while creating her new song, “28,000 Days.” The 30-second ad will run on TV, cinema and online.The campaign, which includes digital, social, TV, cinema and print elements, also features Japanese drummer Kavka Shishido, American singer-songwriter Ryn Weaver and French-Cuban musical twins Ibeyi, who will star in digital videos.AKQA handles digital content creation for Levi’s. Levi Strauss spent US$28 million on domestic measured-media in 2014, according to Kantar Media. More than US$23 million of that was spent on the Levi’s brand. 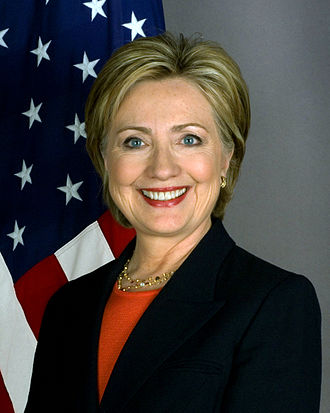 BuzzFeed’s Adrian Carrasquillo writes about Hillary Clinton’s plans to lure Hispanic voters.”So far, the discussions have concerned engaging a national public relations firm to develop a national message for the Hispanic electorate, complemented by independent messages from statewide firms in a handful of key states like Florida, Nevada, Colorado, and North Carolina, according to multiple sources who have been briefed or were part of the meetings.”

Starcom Mediavest Group (SMG) has been named Global Media Agency for Etihad Airways Partner (EAP) airlines Etihad Airways, Alitalia, Air Berlin and Jet Airways. SMG landed the account after a formal review to consolidate the account and several agency networks were invited to pitch, including Etihad Airways’ incumbent agency Mediacom, OMD (incumbent on Air Berlin) and Universal Media. The incumbent agency on Jet Airways was Vizeum and Alitalia was Mindshare.EAP expects this appointment will save it money through SMG’s ability to deliver scaled benefits by aligning media spending power across key markets and to provide added value and centralized strategic advice and planning to meet the unique commercial needs of the airline grouping. In May, Etihad teamed up with Brand USA, a destination marketing organization for the United States, to encourage tourism to the USA from points across its extensive global network as well as launched a premium Twitter channel. EAP also promoted Universal Pictures’ Fast & Furious franchise with the Fast & Furious 777 branded plane.  Etihad Airways began operations in 2003, and in 2014 carried 14.8 million passengers. From its Abu Dhabi base, Etihad Airways flies to 111 existing or announced passenger and cargo destinations in the Middle East, Africa, Europe, Asia, Australia and the Americas. 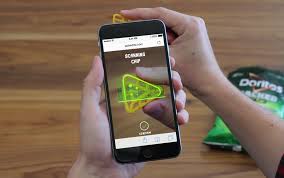 Doritos is running its first mobile-only campaign, featuring 3D video content in order to promote its new Doritos Jacked flavor. To view the content on their smartphones, people need to purchase a bag of the new, limited-edition flavors, Jacked 3D Bacon Cheddar Ranch, or Jacked 3D Jalapeno Pepper Jack, visit www.Jacked3D.com, scan one of the snack chips (as opposed to using a code on the bag or elsewhere), and wear a pair of the Jacked 3D glasses. The glasses are available with purchase at select retail locations across the country, or by contacting Frito-Lay consumer affairs for a free pair. (All 3D videos will also be available in the standard 2D format.)The content includes exclusive videos by YouTube star Freddy Wong, Vine star Zach King and BMX master Tim Knoll. The site will also offer a 3D video-clip preview from the indie band PPL MVR. In addition, starting July 6, visitors can access a preview trailer of “Sharknado 3” (to premiere on July 22 on Syfy) that includes exclusive content.The new Doritos Jacked flavor be available through Sept. 18.