Mindshare, the global media agency network that’s part of WPP, is launching a LatinX private marketplace (known as a PMP) to drive media investment dollars towards Hispanic and LatinX journalism, artists, and creators across the U.S. This is the third in a series of Inclusion PMPs that the agency has created to support underrepresented communities in journalism, following earlier PMPs dedicated to the LGBTQ and Black communities. Espolòn Tequila is the launch brand for the LatinX PMP, using its advertising and media plans to support LatinX journalism and content. The LatinX PMP is launching with 20 publishers across the U.S., spanning English and Spanish-speaking content. It is focused on inclusivity of voices across all generations of the Hispanic and LatinX community, spanning different countries, languages, and cultures. The LatinX PMP is an integral new addition to the media plan for Espolòn Tequila’s larger “Join the Revolution” marketing campaign, aimed at all the game-changers and revolutionaries in spirit out there who are going against the status quo and shaking convention to the bone. Espolòn Tequila is a part of Campari Group, who also own SKYY Vodka.  (CHECK OUT our recent article on how major media agencies are planning to increase their minority media buys) 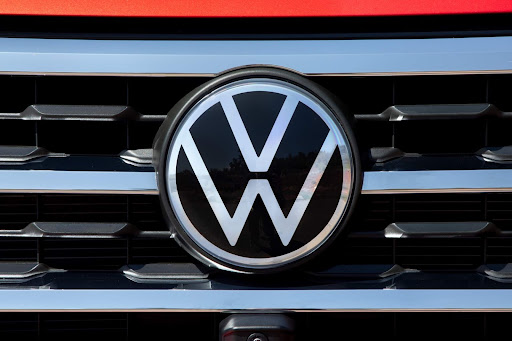 German automaker Volkswagen Group will conduct a global media agency review in 2022, Mediapost reports. The company has previously confirmed that spending for its flagship brand is in the US $1.7 billion range. Incumbent Omnicom Media Group’s PHD, which won the account in 2016,  is apparently defending. The agency’s contract expires at the end of 2023. Total annual media spending for the Volkswagen Group is US$2.6 billion, according to Agency research firm COMvergence. In addition to the flagship brand, the VW Group also markets the Audi, Skoda and Seat brands. 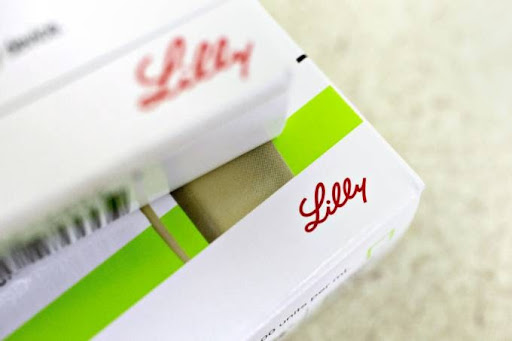 Pharmaceutical giant Eli Lilly has transferred its U.S media account to Publicis’ Zenith and so, concluding the drug maker’s practically 20-year relationship with Omnicom’s OMD worldwide. OMD was a finalist within the pitch. WPP’s Mindshare and Dentsu participated in the review that kicked off in June and was handled by Medialink. Incumbent OMD held the Eli Lilly business for almost 20 years, having won the business in 2002. Omnicom will retain some of Eli Lilly’s business, according to a source with knowledge of the pitch. Omnicom agencies that will continue working on the account include full-service multicultural marketing agency Alma and sports marketing agency Optimum Sports. Rapp, part of Omnicom Precision Marketing Group, will also continue working on CRM for the company. Omnicom, Publicis Groupe, Denstu, and WPP did not respond to a request for comment.

Sedano’s Supermarkets, one of the nation’s largest Hispanic retailers, together with Havas House, the global custom media, content, and publishing division of Republica Havas, has released the first issue of Nuestra Sazón (Our Flavors) magazine. As part of the recently launched Sedano’s Retail Media Network, the bilingual digital and print magazine celebrates the richness of Latin cuisine and culture through entertaining stories and comida criolla recipes customers can make at home using ingredients from featured brands.In the inaugural issue, readers will meet local abuela Tania Martínez and her family, learn how Madrileños celebrate Christmas and New Year’s, try out a coquito-style recipe from another country, cook the perfect lechon asado for Nochebuena, and so much more.   Nuestra Sazón Invierno 2021/2022 is currently available online and will be delivered to homes throughout South Florida, ensuring visibility throughout the region and capturing the attention of shoppers while they are in the process of creating their groceries list and menus. Sedano’s will also further promote the publication and its content through a robust social media campaign and monthly e-newsletters to its more than 30,000 subscribers. The magazine’s upcoming Spring Edition will celebrate the company’s 60th anniversary and feature Easter/Holy Week recipes. 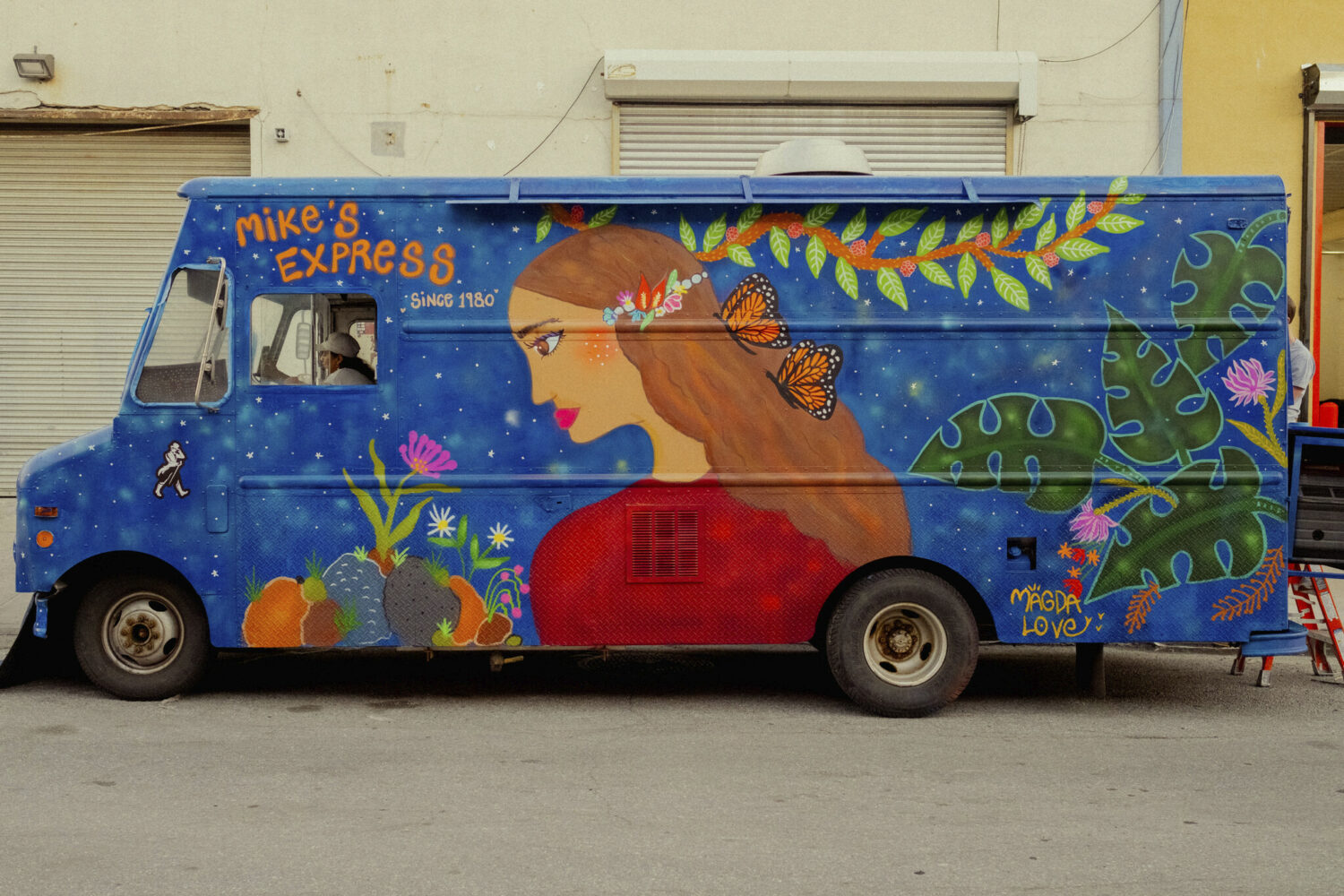 As part of its ongoing efforts to celebrate diverse voices, Diageo and its brands Buchanan’s Whisky, Crown Royal, Tequila Don Julio, and Johnnie Walker, along with four Latinx artists took the streets of Chicago, New York, Houston, and Miami to raise a glass and honor local Hispanic street food vendors who are passionately serving their communities. The brands paired an artist with a vendor in each city to  revamp the food trucks with art and murals that highlighted their story and heritage. To further help preserve Hispanic street food culture, Diageo partnered with The Street Vendor Project, a nonprofit advocating for street vendor rights in NYC to support their mission and enable communities to continue to experience street food culture.  In New York, Argentinian artist Magda Love took her palette to revamp Ecuadorian, Queens based Mike Express owned by Maggie Morales, and hand painted a mural on Maggie’s to honor her perseverance and support to her community after her husband’s passing.Chicago’s Mexican-American artist Sentrock honored Aztec Dave’s by bringing his iconic bird and style to honor Ramon’s indiginious Aztec heritage through modern art that celebrates their love and devotion to Chicago.  Local Houston legend Donkeeyboy transformed the family run Tex-Mex food truck La Esquina with art that represents their generosity to their Houston community and their story from Monterrey to Houston. In Miami, Cuban-American celebrity artist Vic Garcia brought joy and vibrancy to Venezuelan food truck Pa’Parrilla, honoring their love for the United States and the dream they’ve been able to live through the once-in-a-lifetime opportunity the US gave the Mejias family. 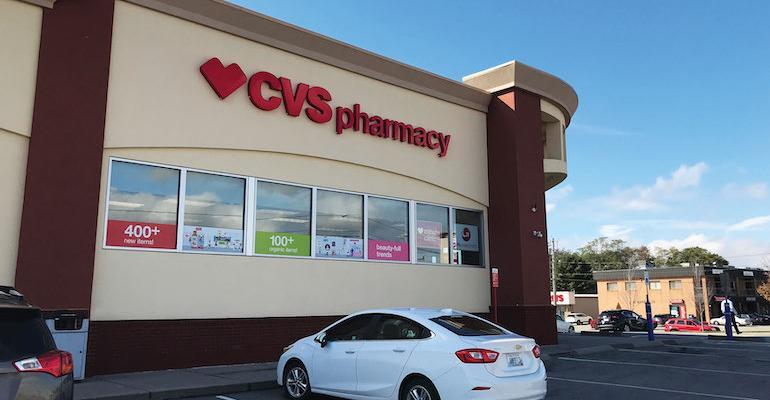 CVS Health aims to shut about 900 CVS Pharmacy drugstores over the next three years under a strategic plan to sharpen its focus on omnichannel health care. CVS plans to shift the retail business to a dual-leadership structure and has created the new role of chief pharmacy officer to oversee the omnichannel initiative. The approximately 900 locations slated for closure would account for about 11% of CVS’ total of 8,115 retail stores as of the end of 2020. Its network through last year also included 1,845 pharmacies inside other retailers’ stores, including over 1,700 Target stores and nearly 100 Schnuck Markets supermarkets. In 2020, the company dispensed more than 27% of total U.S. retail pharmacy prescriptions.CVS noted that the store downsizing reflects changes in population, consumer buying patterns and evolving health needs. To that end, CVS said it aims to develop new store formats to serve as community health destinations and boost engagement with consumers. Three store models include sites focused on primary care services; an enhanced version of HealthHUB locations with products and services for everyday health and wellness needs; and traditional CVS Pharmacy stores providing full prescription drug care along with health, wellness, personal care and other convenience-focused retail offerings.The store changes are slated to begin in spring 2022. Impacted employees will be offered roles in other locations or other opportunities as part of CVS’ overall workforce strategy. 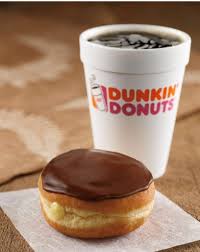 Dunkin’ announced that Anomaly New York will serve as its new lead creative agency of record. The announcement comes after a competitive review that was initiated this summer. Working closely with Dunkin’s marketing leadership and existing partners, Anomaly will lead overall creative strategy and development to help Dunkin’ continue to stand apart as a favorite on-the-go stop for coffee, cold beverages and snacking. Anomaly will have direct responsibility for national broadcast, digital video and audio, social and out-of-home advertising development. Anomaly’s initial work for Dunkin’ is expected to debut in 2022.Anomaly will begin working with Dunkin’ immediately, adding to the brand’s agency partner roster, which includes Arc, Dieste, The Lacek Group, Turner Duckworth, Publicis Media, and MSL, who was recently named the lead public relations agency for Inspire Brands.The Dunkin’ creative agency review was led by Joanne Davis Consulting. 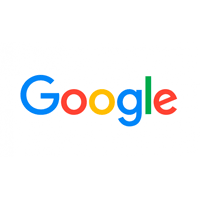 Google has consolidated its multi-billion global media account with WPP owned Essence. The tech giant has been Essence’s partner for digital and programmatic media buying for more than a decade. But, Omnicom Media Group had managed the offline part of the business.Google now moved the account without any formal review in an attempt to simplify its relationship with the agency.Essence already held 80% of their business globally. Google CMO Lorraine Twohill, in a statement, said, “Omnicom has been a strong partner for us over many years and we look forward to continuing our relationship with them across other services.” 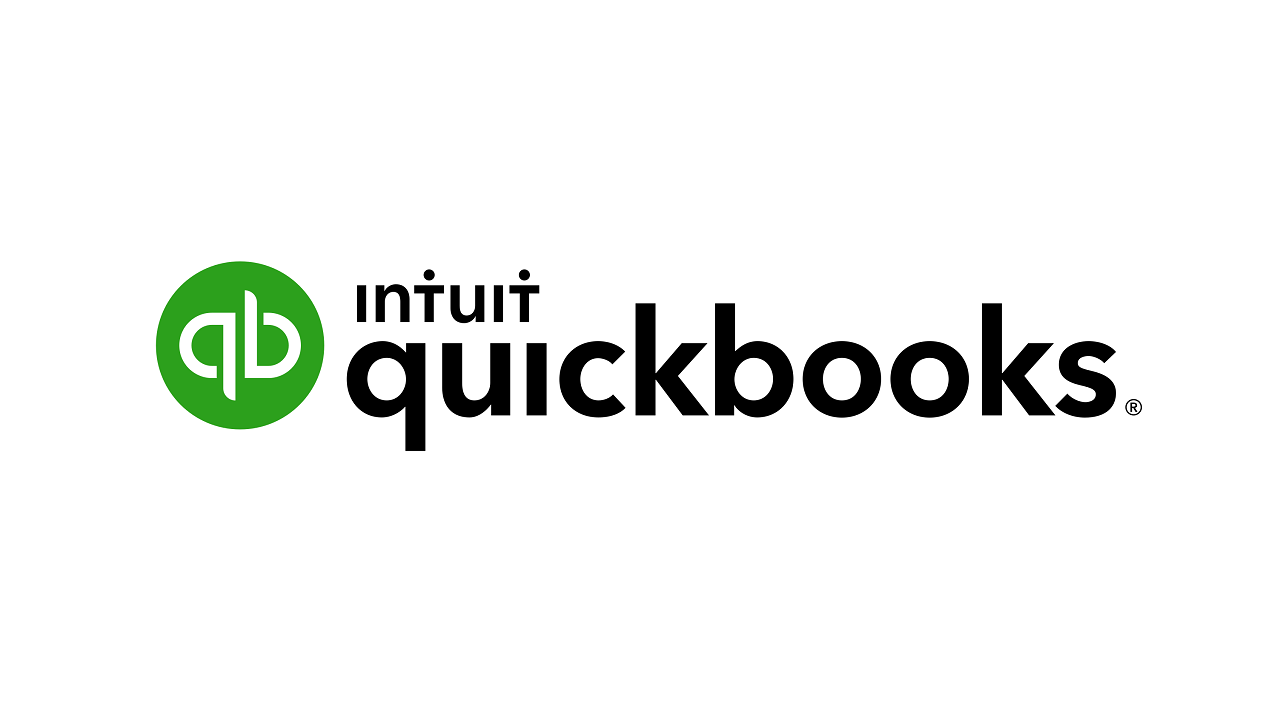 Accounting software package Intuit’s Quickbooks has named Initiative its media agency for its US$175 million US media account following a competitive pitch, Campaign US has reported. Omnicom-owned Hearts & Science was the incumbent overseeing video, audio, programmatic and OOH. Omnicom’s Decoded was also an incumbent, overseeing paid social and mobile buying. Initiative, which is responsible for all paid media, audience strategy and analytics in the U.S. for Quickbooks and its more than 14 accounting, payroll, time tracking, payment and inventory management solutions for small and mid-sized business owners, started working on the account on November 1. Intuit ran the review as part of a consolidation effort.The Intuit media shift comes after launching a new money management product for small businesses, Money by Quickbooks, last month.Intuit’s other brands — Turbo Tax, Mint and Credit Karma — were not included in the review. 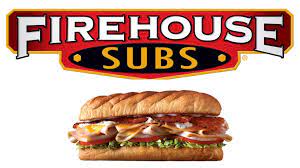 Restaurant Brands International has entered into an agreement to acquire Firehouse Subs for US$1 billion in an all-cash transaction, the company announced last Monday. RBI will fund the transaction, which is expected to close in the coming months, with debt and cash on hand.The transaction offers significant long-term unit growth potential to drive attractive returns for all stakeholders and is expected to be immediately accretive to RBI’s diluted net earnings per share. Firehouse Subs adds a strong restaurant brand with attractive unit economics in a complementary category to RBI’s existing family of iconic quick service restaurant (“QSR”) brands, Tim Hortons®, Burger King®, and Popeyes®. Founded in Jacksonville, Florida in 1994 by brothers and former firefighters Chris Sorensen and Robin Sorensen, Firehouse Subs is a strong and growing player within the US $30 billion U.S. QSR sandwich category and since 2010 has increased its number of restaurants 3x to ~1,200 and its system-wide sales1 4x to an expected approximately US $1.1 billion for 2021. This momentum extends into 2021, with October year to date U.S. comparable sales2 versus 2019 of 20%. The brand benefits from a strong family of franchisees who own and operate 97% of the brand’s restaurants across 46 U.S. States, Canada and Puerto Rico. Firehouse Subs is expected to generate roughly US $50 million of 2021E Adjusted EBITDA3. Following the closing of the transaction, Firehouse Subs will remain based in Jacksonville, Florida, and will continue to be managed by Chief Executive Officer, Don Fox, and Chief Financial Officer, Vincent Burchianti. 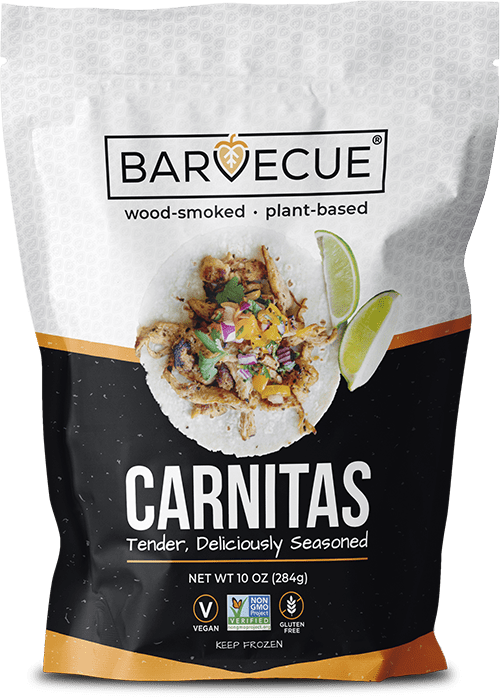 North Carolina-based brand Barvecue has launched wood-smoked plant-based carnitas, one of the first Hispanic-inspired alt-meat products to be widely available in US grocery stores.Mexican food has long been popular with vegans, since it makes extensive use of plant-based ingredients like beans, corn, and avocado. But to date, many companies have overlooked the possibility of making plant-based alternatives to traditionally meaty Mexican dishes.Barvecue has set out to change that, with the launch of carnitas that can be used in tacos, fajitas, burritos, enchiladas, and a range of other Mexican dishes. They will roll out at 380 stores — including Lowes Foods, Earth Fare, and Safeway — next month.Having previously been available online and for foodservice, Barvecue began its retail rollout in May by launching at all ten Central Market locations in Texas. It followed that up by expanding into 360 Sprouts Farmers Market locations in August.All Barvecue products, including the new carnitas, are made at the company’s Carolina Smokehouse — the largest plant-based smokehouse in the world. 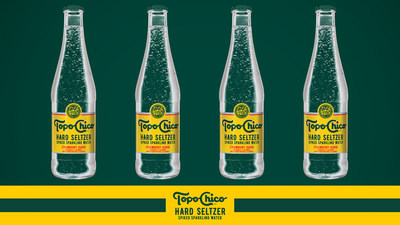 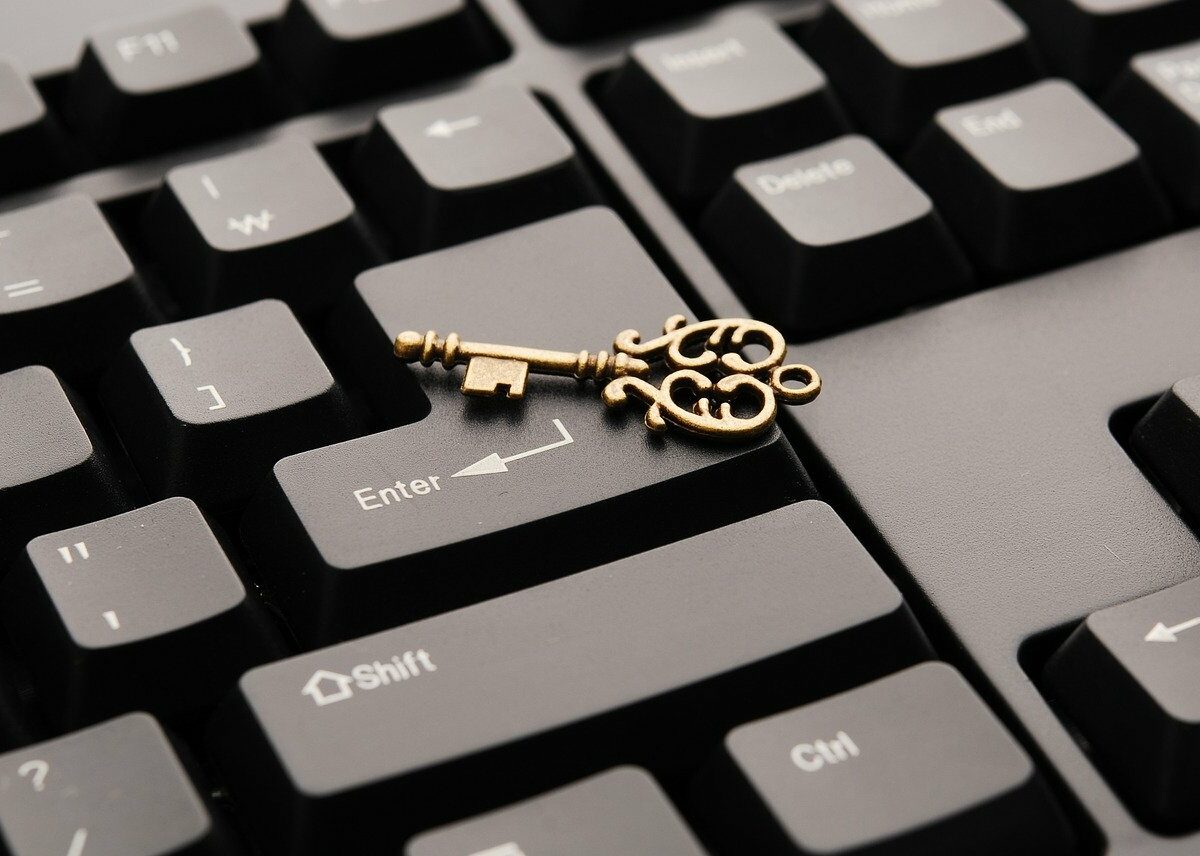 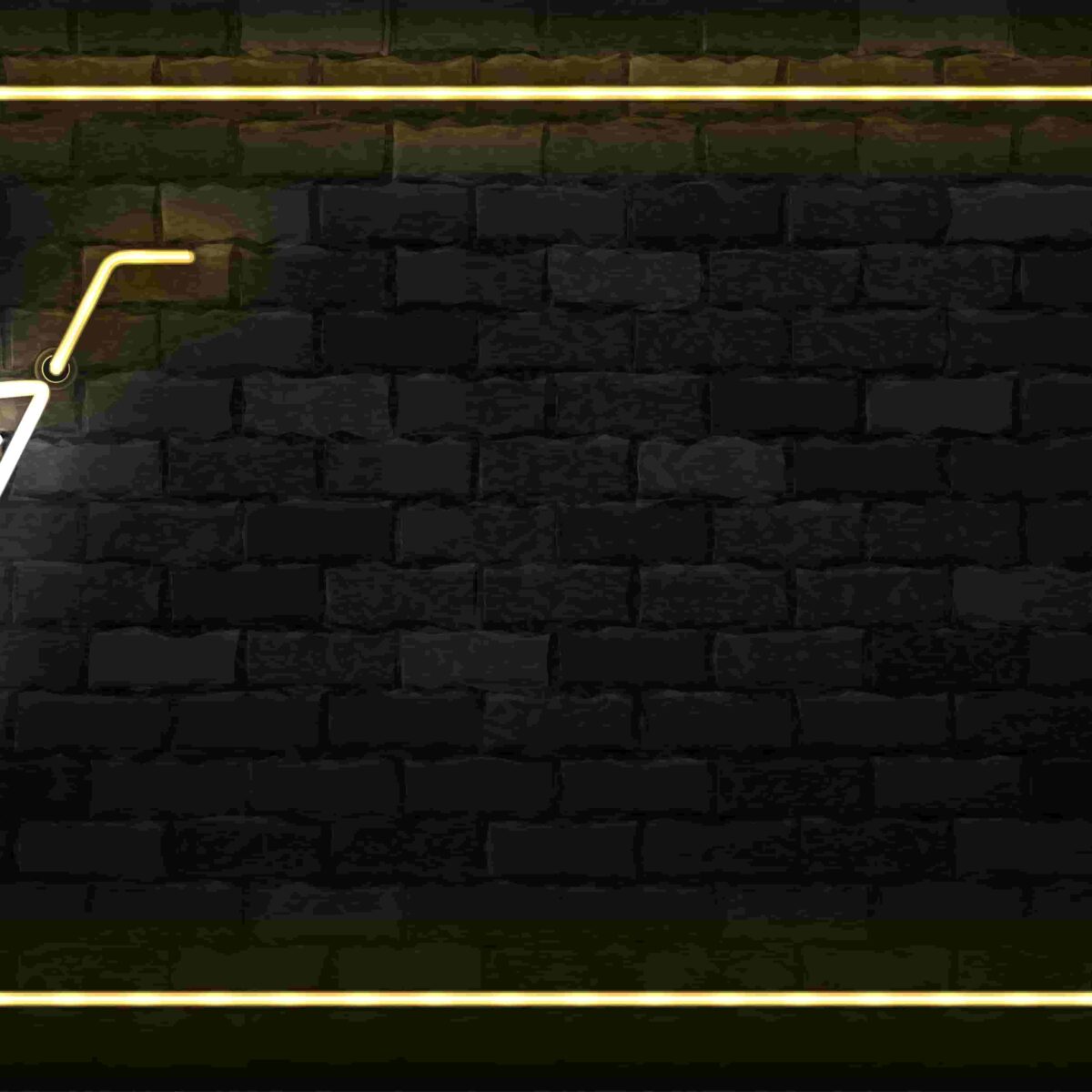