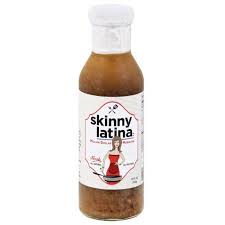 Milam’s Markets and Norman Brother’s Produce have added Skinny Latina to their store shelves. Find us also at Publix and Whole Foods Stores throughout Florida as well as select Fresh Market stores in Dade and Broward County. Skinny Latina Marinade creator Ana Quincoces, voted Miami’s “Hottest Chef,” is well known in the media and enjoys a strong social media platform. Ana was able to parlay her celebrity into a thriving enterprise which includes television shows and appearances, several cookbooks, and her own growing line of food products Skinny Latina® as well as endorsement deals with some of the world’s biggest brands including Target, Unilever, Olay, Smithfield, Nestle and others.

Mondelez hopes to reach more Hispanic-American consumers, and it’s working with the Spanish-language media group Univision to launch a campaign featuring up-and-coming Colombian pop singer Sebastian Yatra. Enlisting creative agency Spark Foundry, Mondelez and Univision worked together to create the “Vive al Ritmo de Tu Antojo” campaign, which roughly translates to “Live to the Rhythm of Your Desire.” Featuring Yatra as a spokesman for some of Mondelez’s major snack brands (Oreo, belVita, Chips Ahoy, Ritz, Sour Patch Kids and Trident), the campaign will encompass a series of Spanish-language ads slated to run across Univision properties through the Latin Grammys in November. The campaign debuts Monday with a TV spot for Oreo that has Yatra promoting the cookie as “the perfect companion” for the Premios Juventud, an annual youth-oriented award show presented by Univision that celebrates Hispanic stars in film, music and sports.The partnership will feature a host of marketing methods, including radio spots, social content and experiential activations. Brand Labs also works with companies on insights and strategies for reaching Hispanic consumers.

McDonald’s has hired the New York office of independent agency Wieden + Kennedy for a major upcoming project, according to several parties with direct knowledge of the matter. This news comes as the brand completes a comprehensive review of its U.S. marketing strategy and re-evaluating its agency model, threatening We Are Unlimited, the agency that Omnicom’s DDB created in 2016 to handle U.S creative for the restaurant chain.

Cinépolis, the 2nd largest cinema operator in the world in terms of moviegoers, announced the acquisition of Moviehouse & Eatery, an upscale dine-in movie theatre circuit in Texas with 5 operating locations and one under construction. As of the completion of the transaction, Cinépolis operates 258 screens at 26 locations in 7 states in the United States. Cinépolis, a powerhouse in global cinema with almost five decades of operating experience, currently operates 5,941 screens across 738 cinemas, with presence in 17 countries, entertaining over 338 million patrons annually.Since the opening of its first theatre in 2012, Moviehouse & Eatery has quickly become one of the leading upscale dine-in theatre operators in Texas with 5 theatres and 47 screens in the Austin and Dallas metropolitan areas, appealing to an affluent, family-oriented demographic.Effective immediately, the acquisition expands Cinépolis USA’s footprint, with no immediate plans to make any operational or guest-facing changes to the Moviehouse & Eatery brand.  Moviehouse & Eatery will continue to operate independently until further notice and retain all existing employees, programs and scheduled events. 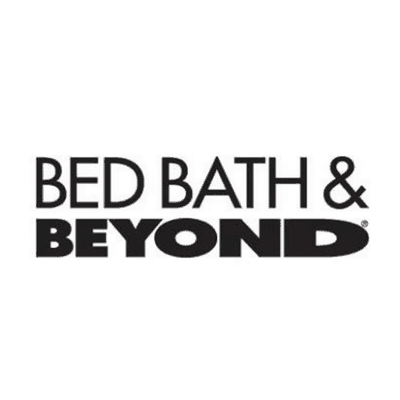 North American chain of domestic merchandise retail stores Bed Bath & Beyond kicked off a media and creative review of in June to revamp its brand ahead of the holiday season. Publicis Groupe, Omnicom and WPP’s GroupM agencies are all participating, Adage reports. This marks the first time Bed Bath & Beyond has launched an agency review at this scale. The brand recently hired Kepler Group, a data-driven marketing firm, to handle its digital-display planning, buying and optimization.The brand is committed to improving its target-marketing tactics according to a statement last June. It said that a “key focus” of its marketing strategy over the following 18 months would be to “tailor timing, content and design of messaging to each customer, depending on their attributes, context and behaviors.Bed Bath & Beyond operates 1,530 retail locations in the U.S., Canada, Mexico and Puerto Rico. 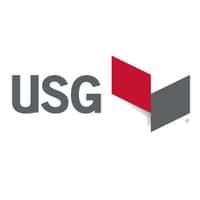 LivePerson Automotive, a division of global conversational commerce solutions provider LivePerson, Inc., announced that its first WhatsApp implementation for an automotive dealer group has launched, along with web and mobile messaging for the Tricolor Auto Group. Using the LiveEngage® platform, Tricolor will provide end-to-end customer conversations using a variety of messaging channels, making it simple for consumers to connect with the dealership group.Tricolor is a mission-driven company which sells and finances high quality, certified used motor vehicles through its premium brands, Tricolor Auto Group in Texas and Ganas Auto Group in California, utilizing advanced data analytics and technology to advance financial inclusion to a highly underserved market. “One of Tricolor Auto Group’s goals is to make it easier for Spanish-speakers to buy a car and get reliable, trustworthy service — both of which can be complex, confusing experiences,” said Mauricio Delgado, Tricolor’s chief product and strategy officer.Adding LivePerson Automotive’s messaging solutions for car shopping and service, including WhatsApp as a messaging channel, gives the bilingual concierge agents at Ganas the opportunity to connect with shoppers and owners in a messaging channel heavily utilized worldwide. Consumers familiar with the Ganas brand opt in to message with agents through the WhatsApp icon found on their website on both desktops and mobile devices.The Tricolor team’s mission is to build relationships with the Latino community.