CHECK OUT PORTADA’S INTERACTIVE DIRECTORY OF COROPORATE MARKETERS AND AGENCY EXECUTIVES TARGETING LATIN AMERICANS! If you want additional information or to acquire the database, please call Matt Eberhardt 347-961-9516 or e-mail him at matte@portada-online.com. SEE A DEMO OF THE DIRECTORY! 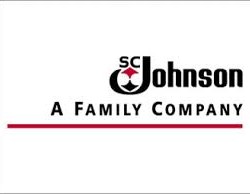 Johnson has awarded Omnicom Media Group’s PHD its global communications planning duties.The planning assignment covers approximately US$300 million in brand expenditures and will be managed out of PHD’s Chicago office. The client is based in nearby Racine, Wisconsin.The company spends an estimated US$1 billion on measured media worldwide.The selection came after a review in which the buying incumbent, GroupM’s Maxus, also participated. Maxus will continue to handle buying. SC Johnson brands include Pledge, Ziploc and Shout, among many others.

WTF? Agency has won Efyderma digital account. Starting this month, the agency will be in charge of social networking, web and mobile applications communication for the dermocosmetic company. The agency will manage image and brand positioning in the digital world with a clear focus on the development and content creation.

Under Juan Carlos Gómez de la Torre creative direction, Circus Grey Peru presents his latest work for BCP dubbed “Adán & Eva.” The effort was in charge of Productora Sangre, directed by Toño Sarria; the audio was handled by Victor Villavicencio from Ruidos Amaestrados and postproduction was handled by Makaco. Below the spot:

Sprite has unveiled its new campaign “Verdades” (“Truths”) with which continues to present “Las cosas como son” (“the way things are”.) Only this time, telling teens all Sprite truths. The effort was led by the agency Roommate, under the famous claim “The way things are,” which in its 10 years of existence won numerous national and international awards. Unlike previous campaigns, in which Sprite verbalized the particular strains of teens, this time the focus will be on the brand, unveiling its truths through various forms. The integrated campaign includes television commercials, graphic, OOH, radio spots, digital and others.

Level 3 Communications has acquired Tw Telecom, positioning the company as a global leader in the development of the communications business market and providing customers, governments and operators, one of the industry broadest portfolios. This  combination allows the highest quality and reliable on-net experience for clients doing business in North America or expanding to North America from regions such as Europe, the Middle East, Africa (EMEA) and Latin America. The company has fiber networks that  reach North America, Latin America, EMEA and Asia-Pacific, over 200,000 miles global routes, including 33,000 miles of underwater routes, approximately 30,000 buildings connected to the network in the United States, more 50,000 customers and 13,000 employees worldwide.

International e-commerce company Paypal has chosen Latin3 to develop its 2015 digital brand strategy and handle all social media channels in Central America, the Caribbean and Latin America to boost activity and growth PayPal business in those regions. The aim of PayPal is to consolidate the growth the company has had in the region. The relationship between the agency and the e-commerce company began in May 2014.