Kraft Foods Group is expected to announce a media review in the coming weeks, sources told Adweek. Starcom is the incumbent for Kraft’s media planning and buying account. The review is the result of rationalization measures related to the implementation of the Kraft-Heinz merger.. It’s not immediately clear if the process will cover global spending or only that for North America. Last year the marketer for brands like Oscar Mayer, Planters and Maxwell House spent $513.8 million on U.S. measured media, according to Kantar Media. 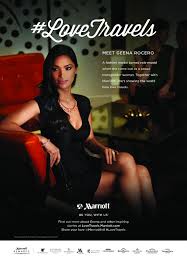 Marriott International is launching a new portrait and video series featuring three Latino influencers.Diane Guerrero (“Orange Is The New Black,” “Jane the Virgin”), Diego Boneta (“Scream Queens”), and Boyce Avenue (YouTube music sensation) use the hashtag #LoveTravels to encourage travelers to explore their personal passions, and celebrate their unique perspectives and experiences.The stories from the new #LoveTravels ambassadors reflect how travel is a transformative experience and a bridge between cultures, careers and families. Diego, Diane and Boyce Avenue discuss what it means for them to be both Latino and American, their passion for human rights and the empowerment of the Latino community.Marriott is taking this opportunity to support the Latino community who inspired the #LoveTravels campaign through their dedication to family, work, love, and diverse cultures.Marriott enlisted LatinWorks, a full-service cultural branding firm, and photographer Braden Summers to create the campaign. From Aug. 17 through Oct. 31, the #LoveTravels videos can be seen on mobile and tablet devices through Pandora, YouTube, Facebook and Twitter.The #LoveTravels social movement kicked off in 2014 with Jason Collins, Geena Rocero, Angela Simmons, and Tim Howard. The campaign includes a dedicated Web site, Facebook page and Instagram account.

Fiat Chrysler Automobile’s Jeep brand is looking for a new agency of record.The brand hasn’t had a lead agency since it parted ways with GlobalHue earlier this year, and has been instead leaning on its extensive roster for work in recent months.Fiat Chrysler Automobiles, or FCA, brands include Chrysler, Dodge, Jeep, Fiat, Alfa Romeo and Maserati. FCA as it exists now was formed in January 2014 after Fiat, the automaker based in Turin, Italy, acquired 100% ownership of Chrysler Group. Fiat first bought a majority stake of Chrysler Group in 2009.FCA will soon launch a new Alfa Romeo car called Giulia, which was unveiled in June and is slated to go to market next spring. Alfa Romeo re-entered the U.S. in 2014. As many as 10 agencies pitched ideas for the sedan’s launch, though they’re still awaiting a decision on the winner.The pitches are internally led.Earlier this year, the company put its digital business for brands like Chrysler, Dodge and Jeep into review, and incumbentSapientNitro was expected to defend.The opportunity to work on Jeep is also significant because the company is in the midst of a five-year plan to grow the brand globally. By 2018, Jeep expects to sell 1.9 million vehicles annually, up from just over 1 million in 2014. Last year marked the fifth consecutive year of sales increases for Jeep, both in the U.S. and globally.The company will be launching localized production in China and Brazil.FCA is the nation’s eighth-largest advertiser with US$2.25 billion in both measured and unmeasured media spending last year, according to Ad Age’s Datacenter. Jeep is FCA’s biggest brand by U.S. measured media spending, according to Kantar Media.

“Brahmita y lo que surja” is new Oniria TBWA new commercial for brand Brahmita with the overall creative direction of Camilo Guanes. Part of an insight: in Paraguay, when somebody goes out or hangs out with friends, it is typical that from one small story emerge new ones, always unexpected. And this is how that person ends the day in places where he/she would not have expected to end and with people who did not count. The 360 campaign will feature two TV commercials. The first releases tomorrow. 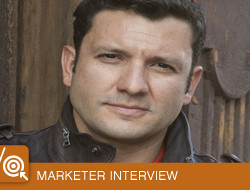 MillerCoors’ Gustavo Aguirre: “More than 50% of Our Marketing Budget is Sports Related”