Choya, the Japanese liqueur specialist, is redoubling its international marketing efforts as it builds on an enhanced presence in global travel retail markets. Already, its increased promotional activities at exhibitions and events in the Asia-Pacific region . But now, Latin America is a new focus of marketing activity for the Osaka-based company.Starting in 2016, the company plans to exhibit at the Duty Free Show of the Americas in Orlando, through which it will promote Choya’s attractiveness for airlines and the Central and South American duty free markets. The main products will be Gold Edition and the Extra Series.Gold Edition is a super-premium product within Choya’s extensive range, with handmade production of no more than 500 bottles a day. Based on French brandy, Gold Edition uses only premium nanko ume fruit, which is high in citric acid and other vitamins. Extra Series (Extra Years, Extra Shiso, Royal Honey) is the core Choya range, carefully produced using a traditional method by steeping ume fruit in alcohol with added sugar. Extra Years is aged for two to three years to achieve a very balanced taste, while the Japanese herb shiso adds a slightly bitter tang and natural red colour to Extra Shiso. Royal Honey uses only natural clover honey with royal jelly instead of sugar.

Under a contract with the Cuban state-owned Palco Group, the global advertising network WPP now has a permanent executive based in Havana who will be backed by a local support team.WPP will set up an office in the Miramar neighbourhood near Havana’s business centres.The move follows the ending of US trade sanctions on Cuba after Presidents Barack Obama and Raul Castro agreed to open economic and travel ties.The trade embargo was put in place in 1960 and was extended at almost all imports in 1962 after the Cuban Missile Crisis.WPP’s foray into Cuba marks the latest stage in the network’s Latin America expansion plan, where it said it generates revenues Of US$1.6 billion and employs 20,000 people.

Burger King restaurants in Brazil launched a new integrated campaign to promote the new Big King sandwich. An online film, featuring five Big Mac fanatics from around the world, debuts on the brand’s YouTube channel. The film documents an unprecedented chance and challenge to some of the world’s biggest burger fans, to change allegiance from a main competitor’s signature sandwich to the flame-grilled Big King sandwich. In the film, five individuals from Brazil, Taiwan, the United States, Spain and Italy tell their stories. Each loves the Big Mac sandwich with a feeling so strong that they had it tattooed in a place of prominence. These burger-lovers were invited to travel to Brazil and participate in a real test that might just leave them with an unforgettable mark. Accepting the challenge, the team was flown to Brazil where the adventure began in a Burger King restaurant in Sao Paulo. Each of the five individuals tried the Big King sandwich and it was love at first bite. But that was only the beginning. After experiencing the great flame-grilled taste of the Big King sandwich, the opportunity for a true transformation presented itself. Ami James, a global icon in the tattoo world and internationally known for his reality show Miami Ink, surprised the group inviting them to get their tattoos retouched to reflect the reason for the great taste of their new favorite burger. The Big King sandwich campaign will launch with the 3-minute film, and will be shortly followed by in-store promotions and social media activations. Agency David San Pablo was in charged of the effort.

Grey chile has won Sky Airlines account in that country. Carles Puig will be the DGC in charge, while Oscar Lizarralde will handle everything related to the account services as VP& client services. Sky Airlines becomes the second account Grey Chile has won in the last three months, when in April the agency won Talianni. Sky Airlines joins Grey’s client list, which includes accounts such as Coca Cola, Pizza Hut, Taco Bell and Talianni, among others. 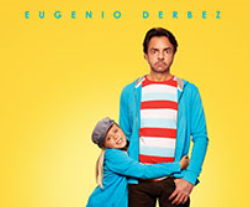