Delta Air Lines introduced a new ad campaign aimed at Latin American consumers. The campaign is focused on enhanced in-flight experience and improved connectivity options from Mexico to key destinations in the United States.The campaign features a fresh look and tone, reflecting Delta’s innovative brand attributes.The visuals draw attention to Delta’s nonstop flight destinations from Mexico City, Monterrey, Leon and Guadalajara, as well as the airline’s connectivity to many destinations in the U.S. and beyond from the Los Angeles international Gateway.The ad campaign is designed to strengthen awareness of Delta’s industry-leading travel experience in Delta One cabin and the enhanced service in Delta Comfort+ and  Main Cabin on all flights from Mexico to the U.S.Delta offers non-stop service to Monterrey, Leon, Guadalajara, Cancun, Ixtapa/Zihuatanejo, Manzanillo, Puerto Vallarta and Mazatlan, making it the airline to serve the most destinations in Latin America from Los Angeles than any other airline..Meanwhile, Delta has requested for approval to start flying four weekly flights between Orlando and Sao Paulo, Brazil on December 19, 2015. The new flights will be operated with a Boeing 767-300 that has 35 seats in Delta One, 32 seats in Delta Comfort+ and 143 seats in the Main Cabin.

Brewing and beverage company SABMILLER is expanding its beer offerings in Latin America by expanding and strengtheningits portfolio of brands.In the year to March, Latin America generated the largest proportion of SABMiller’s earnings before interest taxes and amortization (EBITA) at US$2.22 billion, representing 35% of the group’s total.

Hilton Worldwide is further expanding its presence in South America. The company recently announced the first hotel in Buenos Aires, Argentina to join its upscale Curio – A Collection by Hilton, marking another significant milestone for the high-end brand. The signing of the Anselmo Buenos Aires hotel was announced at the 2015 NYU International Hospitality Industry Investment Conference held on June 18th.The 50-key Anselmo Buenos Aires was converted from an historic mansion thought to have once been owned by famed tango musician and composer Anselmo Aieta. The building maintains its original 1900s façade and will have its own internal plaza, in tune with Argentinian culture and architecture. The Anselmo is conveniently located in the historic San Telmo neighborhood, a highly popular destination for tourists and city dwellers alike.The first Curio-branded hotel in Buenos Aires will open in July 2015, roughly one year after the official launch of the upscale brand. The collection also includes Chicago’s LondonHouse hotel and the Astor St. Honore in Paris, among others.

Headway Digital has announced the opening of its new office in Chile to continue strengthening operations and provide the best innovative solutions enhancing Programmatic industry in Chile. Julian Saconi will lead the team in that country. Including Chile, Headway has offices in over 13 countries, among which are the United States, Brazil, Mexico, Colombia, Uruguay, Ecuador, Guatemala, Costa Rica, Paraguay, Panama and Europe.

The Volkswagen Group’s new budget brand, which is no new topic of course, has been finally confirmed, and by none other than chairman Martin Winterkorn himself.The budget brand is set to debut in 2018 and will initially launch an SUV, saloon and hatchback. All will be built in China and starting prices will range from 8,000 to 11,000 euros (RM33,325 to RM45,822). The cars will be sold in China, but India, South America, Eastern Europe, the Baltic region and Africa are all potential markets. The UK mag’s report says that the German giant has long struggled to meet its internal minimum standards for manufacturing while still meeting the budget constraints imposed by building a budget car to be profitable. Other examples of budget brands are Renault’s Dacia and Nissan’s Datsun, focusing on Europe and Asia/Russia respectively.The new brand will be the VW Group’s 13th after Audi, Bentley, Bugatti, Lamborghini, Porsche, SEAT, Skoda, Volkswagen, Ducati, MAN, Scania and Neoplan. 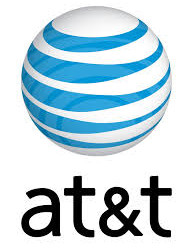