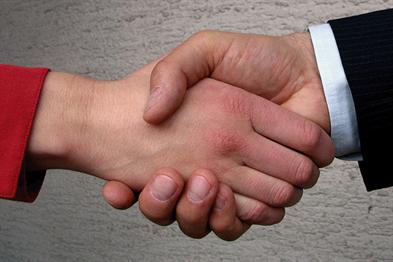 We are introducing our new monthly column written by Lorena Hure, who provides “tidbits” or “digital nibbles” of the latest in the Latin American Digital Media market. That is, those news which only the industry insiders are aware of and do not come from any press release. Thus, all updates that Portada’s audience clearly deserves to know.

I have been part of the digital industry for more than 10 years. During this time, I have had the opportunity to serve key companies in the region and to visit different countries participating in various projects.
I have firsthand witnessed the evolution (and revolution) of advertising and digital marketing, and met professionals with whom I have, for many years, kept in touch in meetings, events and even through social networks.

Many of my former co-workers today conduct their own businesses. Many others, have chosen to continue their careers in large companies.

These years of travels and friends in key positions have all shed some light on my own vision of the industry. I’m part of this. I have learned so many things that I would like to share some with Portada’s audience through this monthly column.

Here are some of the latest news of the digital world in Argentina and Chile.

I visited Santiago de Chile last month and learned that Cristián Valencia left his position at Initiative, to take up a similar role at Starcom MediaVest, where from now on he will be in charge of coordinating the digital team.

At Initiative, he will be replaced by Pato Ugarte, who will lead Initiative’s digital media team.

Wishing both og you the best!

From Argentina to Mexico

Friends and family where happy to see photos of Juancito Almirón (former Punto Fox and DataXpand) farewell party in many social networks. Apparently, he is moving to Mexico to take up as Head of DMP at Affiperf, Havas’ trading desk.

Kickads is kicking …. and Getting Bigger

A few weeks ago, I run into part of Kickads Argentina’s team at the IAB Now event in Buenos Aires. It seems the team has got bigger: in less than two years, they went from being just 5 folks, to 25. Not bad. In addition, they have recently appointed Pablo Gomez (former US Media Consulting) as Head of Ad Operations. These guys promise.

Headway is Celebrating 5 Years in the Industry

Some days ago, Maggie Solé, marketing manager at Headway Digital, told me over a coffee chat that in October, Headway is celebrating 5 years since its launch (yes… five years!). You have come a long way, boys. This means upcoming celebrations in Buenos Aires (lookforward to your party invite :-))

Appointments and Promotions at Rekket

Last week, I had lunch with Marcelo Garcia Cisneros (founder and CEO of Rekket.com). Marcelo told me that Leandro Santoro has been promoted: from now on, he will be the Chief Revenue Officer at Rekket, after having served as sales manager.

In addition, Florencia Schenone (who had left to join another company) is back as VP of Sales Performance. It seems that where there was fire, ashes remain…
That’s all for now, folks.

See you next month, with all the latest news and tidbits of what is going on in the Latam digital ecosystem.

More New Media is Bought by Old Media: Hearst Buys Stake in Complex for US $21 Million