The last three months of the year are always intense in the Latin American digital media marketplace: planning events and celebrations, calculating and predicting how to end the calendar year, launching new projects to catch the last wave of ad money before the relative calm,that usually comes with the first quarter of the new yeaer. And it can get chaotic, says Portada Latin American digital media correspondent Lorena Hure.

Translated by Celeste Martorana and edited by Gretchen Gardner.

Here, we’ll give you a few highlights of the past month, including upcoming events and projects being launched that we think you may find interesting.

Marcos Christensen, comScore’s country manager for Argentina, told me that in early December, the company will be introducing all of the digital trends with the latest developments in audience measurement, multi-platforms use, social media and campaign effectiveness.

The main concept behind this presentation will be that “the industry has finally realized that clicks are not that important and that advertisers now seek to understand the impact of campaigns in the same way that they do on TV: strengthening the scope, frequency, buying intention, memory, etc. Thus, digital is no longer a direct marketing-only tool and has become a platform for branding to a measurable audience like other media.”

Stay tuned for more details on this, as comScore will update us shortly.

In case you haven’t heard yet, RPA Media Place, a programmatic buying platform with access to premium inventory from Argentina’s major  publishers (Grupo Clarin, Infobae, La Nacion, Perfil and Telefe), was launched in September, sending the digital community in Argentina into a frenzy.

A few days ago, I asked Alejandro Alvarez, CEO of RPA Media Place, how everything is going, and he told me that they have already closed private marketplace deals with Netflix, NewSan, Unilever, Affiperf and MediaMath after only a month of operation. He also promised that the best was yet to come.

Why didn’t these ideas occur to me first?

Where are the digital natives?

Demian Falestchi (co-founder and CEO of Kids Corp) invited me to the Digital Natives Summit, an event aimed at presenting the different approaches to reaching this key demographic. During the event, various industry thought leaders spoke about marketing, communication, innovation, technology, economics and trends exclusively related to this younger segment.

Although I saw a few familiar faces, I also ran into some of the industry pioneers who are now investors: it seems that the focus on digital natives is a trend to watch very closely.

As for the content of the event, I was amazed at some of the media consumption habits of very young people that were presented, and I’m pretty sure I’m not a target anymore!

Social Media Week (SMW) is an event held in over 15 cities in the world that aims to share ideas and inspiration related to how social media and technology change business, society and culture. Mexico had its first SMW in June 2015, with almost 1,200 attendees, and organizers estimate that the number will triple for the 2016 event.

Paula Cutuli, CEO at SoulNet, the local city organizer of SMW Mexico, told me that next year’s event will be held from June 6th to 10th, and that they are already defining speakers, sponsors, and venues.

The early bird gets the worm…

Another one heading to Mexico

Lorena Astegiano Eismendi has joined PontaMedia as Media Director, after having worked for almost eight years at e-planning, most recently as Sales Director. Astegiano Eismendi will move to Mexico from Argentina as a part of the company’s expansion process.

The girls from IMS’s marketing team (Anita Figueiredo and Nana Barragan) told me that before the end of the year, they will release a regional study on audiovisual content with an in-depth analysis of Latam audiences (with its peculiarities, presented by market), including findings on how they relate to relevant audiovisual platforms. The study, which is much larger than any they have released in the past, is being conducted in partnership with comScore.

We will be waiting for more news!

Alejandro Trujillo has left his position as a sales executive at LinkedIn (through IMS Chile), to join TAPTAP Networks as a sales manager. Headquartered in Madrid, TAPTAP Networks is a mobile- focused company that is making a gradual landing in Latin America (or so it seems, as they have opened commercial operations in Chile after doing the same in Colombia, where they already have an office.)

All the best Ale!

My time as Guvera’s Sales Director for LatAm Southern Cone came to an end in mid-September. It was a very intense and rewarding experience, both personally and professionally, and I really appreciate having been part of it.

You’ll be hearing about my new projects soon, as we “digitals” never really leave; we just reinvent ourselves.

That’s all for now, folks! See you next month with all the gossip! 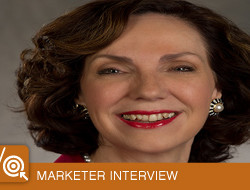