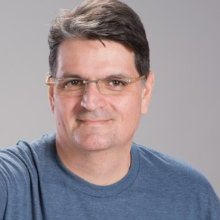 Xavier Mantilla has left IPG MediaBrands. Mantilla joined IPG Mediabrands in January 2014 to serve as SVP Multicultural.Prior to this, he was Partner – LATAM Client Manager at UM Latin America for almost two years.

Roberto Lago has been appointed as Digital Director LatAm and U.S. Hispanic at Publicitas in Miami. He previously worked as Associate Director Digital at StarcomMediaVest in Miami.

Argentinian Gabriel Vázquez is the J. Walter Thompson creative department new leader in Mexico. Vazquez worked for agencies like Young & Rubicam, DDB, Vegaolmosponce and Ogilvy, where he worked together with Gustavo Taretto. One of his most recognized and an awarded campaign was “Las cosas como son” for Sprite. In 2007, the duo was called by Dario Straschnoy at Y & R, to join as creative directors for Quilmes account. In 2009, they were both part of SCPF launch in Latin America.

British Airways (BA) has promoted Sara Dunham to the new role of head marketing, retail and direct.Currently BA’s head of retail and direct, Dunham will be responsible for the creation of a global marketing strategy, as well the carrier’s Executive Club loyalty scheme.The restructure follows the departure of BA’s top marketer, managing director for brand and customer experience Frank van der Post, who departed to join Dutch telecommunications firm KPN in November.Earlier this month, BA kicked off a review of its global digital agency arrangements. It comes less than a year after the brand consolidated its advertising and loyalty accounts with long-time ad agency partner BBH.

Yahoo has appointed Prashant Fuloria as its global ad product chief, six months after he joined the company as part of Yahoo’s acquisition of mobile ad analytics start-up Flurry.Fuloria has been made senior vice president, advertising products, with a remit overseeing the development of ad products across display, native, video and mobile, as well as Yahoo Ad Manager Plus, Yahoo Gemini, and BrightRoll.He will report directly to Yahoo chief executive Marissa Mayer, with the firm’s ad tech boss Scott Burke reporting to him.Prior to his role as chief product officer at Flurry, he held product management roles at Google and Facebook. 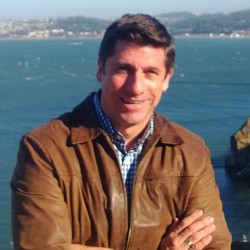 Rafael Carranza has been promoted to Executive Producer for MSN Latino at Microsoft. He will report to Javier Viroomal, Regional Director MSN Spain & Latam, and will be based in  Microsoft’s headquarters in Bellevue, WA.In this new position, he will be mostly be in charge of leading the Information and content experiences operation and strategy for the U.S. Hispanic market and supervising the Spanish-language content production hub.Read more.