GroupM Argentina has announced the promotion of Rita La Fico Guzzo as its new Director of Digital Trading, after leading MediaCom’s digital area for a year and a half. Rita thus joins GroupM Trading’s structure, complementing the task that today continues to lead Ms. Marita Calvo in offline media. Rita was Director of Digital Accounts at Havas Media Group.

Ignis Media & Communications has announced the appointment of Sebastián Terzi as the new head of digital business. He will lead the digital agency and report directly to Matias Dominguez, executive vice president of Ignis. In this new position, he will be responsible for planning and online media buying services, and creativity and digital innovation services for clients as well. Terzi works for the agency since 2007, when he joined as customer services assistant.

Maria Laura Nicotero has joined Momentum Worldwide as the Interpublic-owned brand experience agency’s president for Brazil.Ms. Nicotero was previously executive director responsible for the events business at Sao Paulo-based Meio & Mensagem, a marketing, advertising and media magazine.During her 15 years at M&M, Ms. Nicotero was in charge of Brazil’s leading ad awards and marketing events, including the Premio Cabore awards for the ad industry, media exhibition MaxiMidia, digital conference ProXXima and the Effie Awards for Brazil. Ms. Nicotero will remain on the board of Meio & Mensagem.In her first role at an agency, she succeeds Marcos Lacerda, who left Momentum last month to become chief marketing officer of Banco Original, a bank that is part of Brazilian industrial group J&F . She will report to Kevin McNulty, president, international markets for Momentum Worldwide, part of McCann Worldgroup.At Momentum, whose clients in Brazil include Nissan, Microsoft Corp., and Sprint-owned Nextel Communications, she’ll lead the agency’s efforts including sports and entertainment, shopper marketing, experiential, and data and analytics.

Aldo Canchaya, Executive Creative Director at Ogilvy & Mather Perú for almost a decade, has announced he is leaving the agency to pursue some personal projects. Canchaya began his career as an editor at Grey, OgilvyOne and Leo Burnett. In 2005, he joined Ogilvy as DCE. Some of the clients for whom he worked are Kimberly Clark, Unilever, Kraft, HSBC, LG, KFC, Pizza Hut, Burger King, Motorola, Terra, GSK, British American Tobacco (BAT), Castrol, Telefonica and Gillette.

DM9DDB has appointed Paulo Coelho creative director to work with the agency’s entire portfolio. The new CD will report to Arício Fortes, VP executive creative director of the shop. Coelho comes from Ogilvy Brazil, where he was for only eight months as executive CD. In his new role, Coelho will serve customers such as Banco Itaú, C & A, Johnson & Johnson, TAM, Walmart and Whirlpool, among others.

Matias Gagliardone has joined Starcom MediaVest Group Argentina to take over  as director of the Mondelez account. He will be responsible for the coordination, supervision and organization of the team for the brand. He currently lectures at UCES (Universidad de Ciencias Empresariales y Sociales) in Buenos Aires. 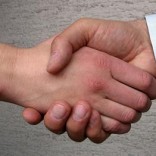