Wikot has appointed María Claudia Posadas, one of its founders, as its new Regional CEO. Posadas, will be the head of 11 of the independent digital agencies network’s offices located in Latin America, Central America and Europe. Designer and illustrator by profession, Posadas has over 17 years’ experience in the interactive advertising world where he specialized in the development and consultancy of marketing strategies and digital business .These skills allowed her to successfully perform her role as CEO of Wikot Venezuela until 2013. At Wikot, she has devoted her creative work and strategic thinking to growing brands like Brahma, Nestlé, Kraft, P&G, Chevrolet, Renault, Daimler Chrysler, Movistar, McDonalds, among others.In this new position, Posadas face the challenge of creating synergy between the various offices of Wikot, adding her expertise and global business vision to that of its partners in each region; and maintain the standards of quality service and innovation that have characterized the agency. 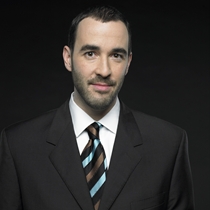 Ogilvy & Mather (O&M) has appointed Scott Murphy to worldwide chief talent officer.Murphy, previously senior vice president of human resources at Turner, will be responsible for driving talent management strategy and organizational development across the agency’s global offices.Based in New York, he will report to O&M Worldwide chairman and chief executive Miles Young. He will also serve on O&M’s executive committee and worldwide board. 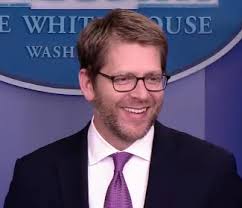 Jay Carney is joining Amazon as senior vice president for worldwide corporate affairs.Carney will report directly to CEO Jeff BezosUnder Carney, Amazon’s worldwide public relations and public policy shops will be brought into one department. Carney served as the 29th White House press secretary and was the second person to serve in that position during Barack Obama’s presidency. Last year, Carney resigned and was succeeded by Josh Earnest.