Guillermo Melero is the new CEO of McCann Worldwide Chilean subsidiary. He will replace Fernando Fascioli, who has taken over as the new President of the agency for Latin America. Melero is leaving his position as CEO in Boliche, the shop for which he worked for two years. The executive had previously worked for McCann Chile from 2003 to 2010.Then, he moved to Euro RSCG to work as general manager for two years. Now he is back in McCann.He has a degree in marketing and advertising from the University of Arts, Sciences and Communication (UNIACC) of Chile.

Agency FCB Brazil has promoted César Fuster as the new Director of Planning. He will report directly to Rapha Barreto, vice president of the area, and will be responsible for SKY, Smiles, DPA, ZAP, HP, Pom Pom and Biocolor accounts. He will lead a team of six people. Fuster worked for agencies like Triade-comm (Talent), GAD’ Brand Consulting and idealistic team. He eventually ended up at FCB Brazil, where he has been working for more than three years.

Young & Rubicam has announced that Jorge Soto will take over as Creative Director for the Cristal beer account.He will work together with Norberto Noriega, also creative director for Cristal. Soto has been part of Y&R for 9 years, where he was responsible for brands like Toyota,Movistar, Rimac, Alicorp and Liga Contra el Cáncer, among others.

Carlos Fernández will take over as Senior Copywriter. He comes from J. Walter Thompson Peru.

Luis Alonso Vega has joined the company as Creative Writer. He previously worked at S&S Quorum. 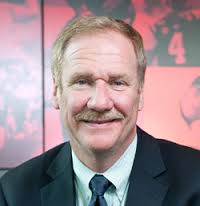 Ed Erhardt, president, global sales & marketing at ESPN, will broaden his role to include oversight of consumer marketing, research and ad sales business operations. He will be responsible for  some of the duties previously held by the departing Sean Bratches.

Lowe and Partners CEO Michael Wall is leaving the company to become  equity partner and global CEO of agency Mother. Mother has offices in London, New York and Buenos Aires.