What: Refuel Agency along with the National Newspaper Publishers Association (NNPA) and National Association of Hispanic Publishers (NAHP) have announced the formation of a National Advertising Task Force.
Why it matters: Refuel Agency will officially spearhead centralized advertising efforts on behalf of NNPA and NAHP.This is the first time the NNPA and NAHP have joined forces for such an effort. The upcoming political election year in 2016 represents an opportunity to capture political ad dollars for Hispanic and African American newspapers and websites.

Refuel Agency, a media placement firm in youth, military, multicultural marketing and media placement, along with the National Newspaper Publishers Association (NNPA) and National Association of Hispanic Publishers (NAHP) announced the formation of a National Advertising Task Force to educate marketers on the benefits and importance of the African American and Hispanic newspaper market. Both boards of directors unanimously agreed to this historic alliance. This is the first time the NNPA and NAHP have joined forces for such an effort.

Over 30% of our entire US population is African American or Hispanic.

The NNPA, the trade association of the more than 200 African American-owned community newspapers from around the United States, along with the NAHP, a non-partisan trade advocacy organization representing the nation’s leading Spanish language publications, have a combined total reach of over 43 million readers per week.

Contrary to general market daily newspapers, African American and Hispanic newspapers are on the rise and thriving and, for the last 100 years, have been the trusted voice of their respective communities. The task force will be in charge of increasing awareness and advertising for member newspapers and will be meeting with major auto, financial and political advertisers in the coming months. 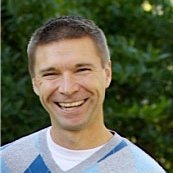 Portada: Why are African American and Hispanic newspapers backing the general trend of declining newspaper circulation?

G.A: “The African American and Hispanic newspapers are the voice of their community.  They have content that cannot be found on the web or via other media.”

Portada: What would you say are the main commonalities and the main differences between African American and Hispanic Newspaper audiences?

G.A:  “The main commonality is that most advertisers are not understanding the true importance of both demographics.  Over 30% of our entire US population is African American or Hispanic.”

Portada: Will there efforts be made to include Asian- American newspapers and other multicultural audiences?

Portada: Regarding the upcoming year of political elections what is the strategy of the newly formed alliance?

G.A: “Targeting political candidates and action committees is a huge focus of our task force.”

Portada:  Can you name the main newspapers and their circ. wich are part of the African American component of this alliance?

G.A:  It is all the top newspapers across the country.  I hate to only name a view and leave out publications.  Our goal is to increase advertising for all the publications.

Refuel Agency will officially spearhead centralized advertising efforts on behalf of NNPA and NAHP. “We are thrilled to be a part of this initiative to bring one united voice to this very important mission. With African American and Hispanic populations continuing to surge, it is the perfect time to promote the importance of reaching these communities and consumers,” said Derek White, President and CEO of Refuel Agency. NY Adweek: 4 Topics Everyone is Talking About