What: Hyundai Motor America (HMA) backed ad agency group Innocean is partnering with U.S. independent agency giant Horizon to launch a separate standalone media organisation called Canvas Worldwide.
Why it matters: The new media agency is born with US $700 million business worth of business for the Hyunday and Kia accounts IP. For Horizon, an affiliation with Innocean brings international scale and Hyundai, an automotive client that fills one of the few holes in the shop’s robust client portfolio. Innocean gains a very strong U.S. presence.

Canvas Worldwide will be the nearly US $700 million U.S.media business for Hyundai Motor Group’s US brands, including both Kia Motors America and Hyundai Motor America. “I’m interested in building out a new entity. I think there’s enormous white space here,” said Bill Koenigsberg, CEO and founder of Horizon.
Koenigsberg has invested millions in building the new infrastructure, and aims to hire around 200 people by the beginning of next year to service the shop’s first account. The company will announce a CEO in the coming weeks, he said. 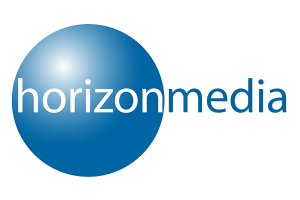 Hyundai North America (HMA) indicated in a statement, “Canvas will bring a new, entrepreneurial team that is not associated with any media holding company, providing independent thought and action. Canvas will be inventing a new future in the media world, while using all of Horizon’s known strengths to function at full effectiveness from the moment it begins working for Hyundai Motor America in January, 2016.”
The automaker also referenced the new media agency’s transparent buying model as a main selling point at a time when there’s a lot of debate around buying.

Canvas will be inventing a new future in the media world, while using all of Horizon’s known strengths.

“Hyundai has been impressed by Horizon’s existing ability to fully offer a transparent system for media buys and understands this will be a key component of the Canvas philosophy,” the company said in its statement. “This transparency, and the accountability that goes with it, are critical to HMA.”

The new joint venture also furthers Innocean’s goals for growth (check out our recent Profile of Innocean). The company, which was started by Hyundai over a decade ago and completed its initial public offering in Seoul last month, said that it would take 134 billion won from the 340 billion won it raised from its IPO and use it to expand and diversify its client base beyond Hyundai.

The Hyundai and Kia business accounted for around 70% of Innocean’s revenues last year.

For Horizon, an affiliation with Innocean brings international scale and Hyundai, an automotive client that fills one of the few holes in the shop’s robust client portfolio.
Horizon offers Innocean a hefty U.S. presence and a portfolio of strong and diverse client relationships that would expand the shop’s Hyundai-heavy client roster. The Hyundai and Kia business accounted for around 70% of Innocean’s revenues last year, according to Reuters.