What:RCN Television Group (RCN) announced that RCN has purchased the entire interest of its joint-venture partner, FOX International Channels (FIC), in the U.S. Spanish language broadcast network, MundoFox.
Why it matters: The sale by NewsCorp’s Fox’s ends an ambitious bid by the media company to gain broader entry to the Spanish-language television market, dominated by Univision and NBCUniversal’s Telemundo. 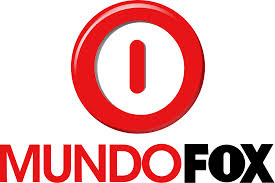 MundoFox was launched in the Fall of 2012 as the third national broadcast television network catering to the U.S. Hispanic market from one of the major broadcasting companies in the country. The network has been home to such successful shows as EL CAPO; ALIAS EL MEXICANO; JOSE DE EGIPTO; SULEIMAN, EL GRAN SULTAN and 100 LATINOS DIJERON. The network has over 50 affiliates and serves the major U.S. Hispanic metropolitan markets. “We’re proud of having started MundoFox with RCN and are confident that they will realize all of the potential of the network,” said Hernan Lopez, president and CEO of Fox International Channels, in a prepared statement. “Our company continues to be committed to the U.S. Latino marketplace through its Spanish language channels, Fox Deportes, Nat Geo Mundo and Fox Life.”

“RCN is excited to be carrying on the MundoFox network that we started jointly with our partner FIC,” said Ibra Morales, who will continue to lead the management team at the broadcast network. “We look forward to serving the remarkably vibrant and dynamic U.S. Hispanic community with our successful programs and are proud to dedicate our efforts to the continuous growth and success of the network.” It is unclear whether other members of  MundoFox’s leadership team, including CMO Oswald Mendez, will remain at the 100% RCN owned MundoFox or in other Fox owned networks.

RCN, headquartered in Bogota Colombia, is a leading television network and production company with a long track record of highly acclaimed series and telenovelas. The company belongs to the Organizacion Ardila Lulle (OAL), one of the most prominent industrial conglomerates in Latin America. RCN currently licenses its content in over 120 countries worldwide, including some of the biggest Spanish-language hits of recent years in the U.S., such as productions of “El Capo”, “Cafe Con Aroma de Mujer”, “Yo soy Betty la Fea” and “Pura Sangre”, and format rights for “Destilando Amor”, “Manana Es Para Siempre”, “Hasta Que El Dinero Nos Separe” and “La Fea Mas Bella” (“Ugly Betty”). RCN also operates and programs four cable networks in Latin America and the US focused on entertainment (Nuestra Tele, RCN Novelas), news (NTN24) and sports (WIN Sport).