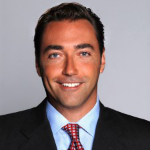 Telemundo today announced the launch of Fluency, a new multiplatform studio that will develop and produce bilingual original content for U.S. Hispanics. The studio, which will operate within the mun2 Studios in Los Angeles, is already working on two 90-minute projects: La buena mala, a romantic comedy starring John Ecker and Angélica Celaya, and Isa, a science-fiction mystery.

Fluency, which will specialize in producing shows across a variety of genres, will also create sponsorship opportunities for advertisers, including branded integration and interactive campaigns. It is modelled after several multi-platform content creators, including Michael Eisner’s Vuguru, an independent studio that develops and finances scripted, story-driven content for digital and international platforms.

“This is a great experiment for us,” Peter Blacker (photo) EVP Digital Media and Emerging Business of Telemundo, tells Portada. “Current trends point at short and mid-form content distributed across several platforms: TV, online and mobile.” The idea behind producing content in 90 minutes, explains Blacker, is that you can broadcast that content across several platforms and in different time formats. For instance, the same content can be edited to several 10-minute episodes for mobile; three 30-minute episodes for a tablet or the entire 90 minutes for a TV program.

New series developed and produced by Fluency will be distributed by NBCUniversal in every distribution platform, from television to subscription VOD, electronic sell and mobile networks. None of the series currently in development have signed on a sponsor yet, but according to Blacker, “These are the type of programs our advertisers are asking for.”

Laura has lived and worked as a journalist in Mexico, Chile, Argentina and the U.S. She was the founder and editor in chief of Marketing y Medios magazine, an English- language trade publication devoted to explaining the Hispanic market to a non-Spanish speaking audience of executives and marketers. Prior to that, she was responsible for creating and launching the Spanish-language edition of the Wall Street Journal. She was also the creator and founding editor of Entrepreneur magazine´s Spanish-language Web site www.SoyEntrepreneur.com. She is fluent in Spanish, English and French and works as a freelance writer and editor in New York City.