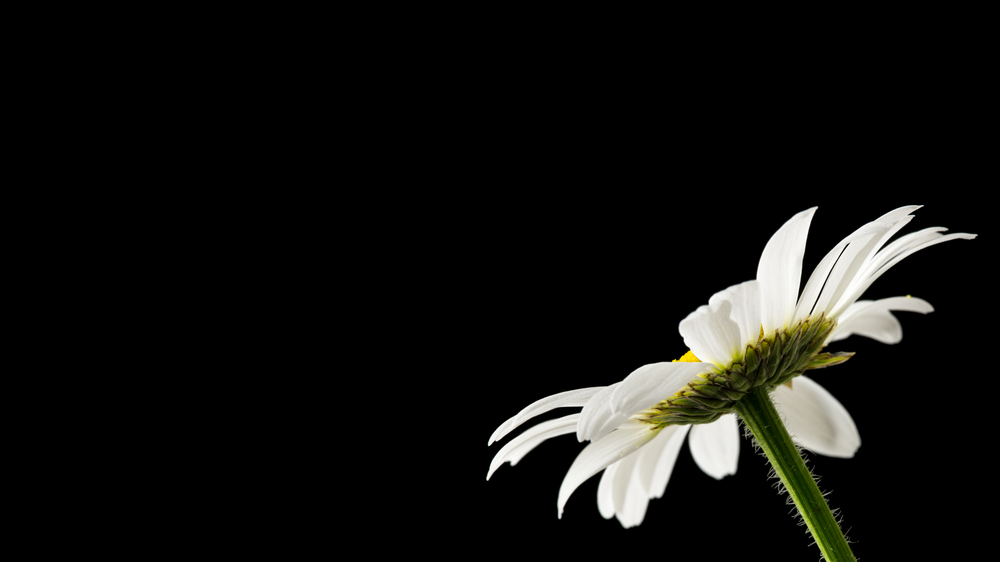 Arturo Villar, the publisher of Hispanic Market Weekly and a pioneer in the U.S. media industry, recently passed away at the age of 87. A recollection of Villar’s professional achievements, why he embodied such extraordinary values as a publisher, and his curiosity and zest for life. With contributions from Larissa Acosta, Isabel Bucaram, Juan Manuel Benitez, Gloria Constanza, Cynthia Corzo, Izzy Gonzalez, Cynthia Hudson, Alex Lopez Negrete, Roberto Oliva, Cynthia Nelson,  Juan Jose Nuñez and  Mike Valdes-Fauli.

Having earned a Bachelor of Science in Textile Engineering at N.C. State University in 1956, Villar’s first major impact on journalism happened through ALA (American Literary Agency), which Villar, a Santander (Spain) born Cuban, took over in 1975. ALA had been launched in 1947 by
Joaquin Maurin, a Spanish leftist politician and activist who emigrated to the U.S.  ALA’s business model was pioneering in the Spanish-speaking world. As an American-style collaborative agency or syndicate, ALA distributed articles by professional columnists to dozens of newspapers, including some of the most influential newspapers in Latin America and Spain as well as some newspapers in the United States published in Spanish. Writers such as Nobel Prize Winner Miguel Angel Asturias, Alfonso Reyes, Carlos Alberto Montaner and José Vasconcelos, or politicians such as José Figueres, president of Costa Rica, were regular columnists.

According to Gloria Constanza, partner and Chief Contact Strategist at d exposito & Partners, “Arturo Villar was ahead of his time when he co-founded Vista Magazine to target the more acculturated and English proficient Hispanics in the mid 80’s.   At that time, this created disruption in the market as the push was for Spanish-language targeted media to engage the un-acculturated and Spanish-preferred Hispanics.  But even in those days, we supported him as we always believe in engaging Hispanics holistically and regardless of their acculturation and language proficiency level. “

Constanza adds that Arturo’s most applauded and welcomed move in the industry was when he launched Hispanic Market Weekly (HMW), which was the first trade publication to keep marketers and advertising professionals informed about the Hispanic market. Both publications helped take the industry beyond the echo chamber. Constanza considers Arturo Villar a pioneer and a visionary for this industry.  “He left behind many legacies and paved the way for many others to build on his footsteps,” Constanza asserts.

I met Arturo Villar in 1997 in HMW’s offices on 57th Street in New York City. At the time Arturo wanted to sell HMW and he hired me as a broker to market the publication, identify buyers and evaluate offers. We went to trade shows and business lunches and throughout the whole process, I really learned to like Arturo as we shared our passion for content and publishing. Juan Manuel Benitez, currently Anchor/Reporter at Time Warner Cable News NY1, was his editorial assistant. According to Benitez, Villar was the best editor he ever had as a reporter: “Before becoming my boss, he had been my professor at Columbia University. He was tough and gentle at the same time. I will be forever grateful for the opportunity he gave me hiring me as a reporter for Hispanic Market Weekly right after graduating from Columbia University.”

In the late nineties, HMW was mostly distributed via fax to agencies and media properties nationwide. “I do have vivid memories of the pre-internet age, working for a leading Hispanic agency, where we would always look forward to the fax that delivered HMW as the best source of industry news. There was very little coverage of our industry at the time and HMW was an essential read for all of us,” says Larissa Acosta, Hispanic market Diversity Marketing & Communications Leader for Amazon Prime. “Aside from being a brilliant writer and journalist, he was an early champion of our industry, media and agencies. He was there for us all when it all began, recording, reporting, pushing. I recall seeing the HMW come through our fax machines (!) with news from throughout our industry – and I confess I have an HMW file full of recuerdos. He was a man of conviction and of many passions – our Hispanic advertising community was one of them,” states Alex López Negrete, President and CEO of Lopez Negrete Communications.

Despite meeting many prospective buyers for HMW, Arturo did not get an offer, including my own, that was compelling enough for him to sell the publication. So he decided to keep HMW and move its operation from  New York to Miami. This proved to be the right decision as HMW started to grow in leaps and bounds.

Growth and Fun in Miami

Cynthia Nelson, a former leading executive at parenting site TodoBebe, now Managing Partner at Inner Circle Brands, met Arturo during this time in Miami: “I met Arturo in 2000 when I was just entering the Hispanic market.   Arturo already had so much experience and I was a devout follower of Hispanic Market Weekly (our bible) of the industry.    I met him a few times at his office in Coral Gables and then he and his young family moved right onto our street!   We had a few lovely dinners at his home and I enjoyed watching him walk his kids to a school and ride his bike to the office.   He always had more energy than men half his age!  He was always full of joy and so open to helping us newbies really understand the market and culture.    He was an icon then and now and will be missed, ” Nelson asserts.

Juan Jose Nuñez, Founder & C.E.O of Vertical3 Media and a former executive at leading Latin Internet brand StarMedia, also met Villar during the early oughts in Miami.  Nuñez recalls that he was surprised by Arturo Villar’s vitality. “He was one of the first people I knew in the industry when I first came to the United States 19 years ago and we soon became good friends. His intelligence, wit, integrity, talent, and dedication to hard work turned him into the pioneer he was. But above all, he was a true gentleman and a dear friend.  I remember how he enjoyed every time we had lunch or when he was dining at home with my family, where he especially enjoyed time spent with my girls. The typical Cuban “Caballero Español ” was always willing to help anybody with a very positive attitude, very optimistic and he was always trying to sell a subscription or an advertising page in Hispanic Market Weekly.”

The Values a Publisher Should Have

Arturo had a unique passion for publishing.  From the late nineties to the late oughts, a period of very high activity and growth in the Hispanic advertising industry, he and his team produced by far the best and most complete publication in the marketplace: Hispanic Market Weekly. B2B publishing is such a wonderful trade because for it to be successful and make a real contribution to the industries it covers, the publisher needs to enjoy and thrive in content-related intellectual stimulation and have the business sense to make the publishing enterprise viable. It’s a juggling act where the objectives of editorial credibility and advertising sales can be at odds. Arturo excelled at both of these key functions. He had the intuition, integrity knowledge, and sensibility to do so. “Not everything that counts can be counted, and not everything that can be counted counts,” is a quote that reflects some of Arturo Villar’s virtues and should not be forgotten in the current machine and data-driven age of the marketing industry. “Arturo was a pioneer and a great example for all of us who work in the Hispanic industry.  We all learned from him and we will always remember his passion when covering trade news and his love for journalism,” says Isabel Bucaram, Director of VIP Planning Production, Public Relations and Marketing liaison for CNN en Español.

Villar believed in the value of quality editorial and truth-based reporting and invested in it. “I always remember how Arturo chased news so that HMW would have the scoop”, says Cynthia Corzo, who for 12 years worked as the Editor-in-Chief of Hispanic Market Weekly. “At AHAA conferences, in the upfronts, other industry events, Arturo was always there to provide a few words of support, advice or to celebrate a success,” Corzo explains. Cynthia Hudson, senior vice president and managing director of CNN en Español and Hispanic strategy for CNN U.S, agrees: “Arturo was a pioneer in advocating for the power of the Hispanic market and the value of Hispanic Media in the US.  He was a professional journalist who was respected by all who were lucky to have met or worked with him.”

Personal Engagement and Substance over Flash

“I met Arturo 20 years ago as my career in Hispanic marketing was just beginning.  Even though I had more energy than wisdom, he was always patient with me, offering helpful advice along the way.  You know you achieve legendary status in the industry when you care less about what others think, and Arturo certainly embodied that quality.  On many occasions, I remember him arriving at a formal industry event in his trademark white socks and open-toed leather sandals.  As a Publisher, and a man, substance mattered more to him than flash….and it’s a valuable lesson for all of us to remember”, says Mike Valdes Fauli, President & CEO, Pinta.

Arturo Villar embodied the best of both the U.S and Latin world: trustworthy and diligent in conducting business as well as very warm and friendly.  “In my dealings with Arturo he was always a gentleman, always straight up. When I was doing due diligence for the possible buyout of his company, he always wanted to meet because as he would tell me asi te veo la cara or that way I get to see your face. Personal engagement was very important to him. Arturo clearly left his mark in today’s so-called Latin-X market,” says Roberto Oliva, Managing Director of O’Americas Group and a former The Miami Herald Executive.

Alex Lopez Negrete adds, “of course, along the way, he became a dear friend to me, and to many, if not most ofmy colleagues. I will miss his warm smile, seeing him pop up occasionally at an HMC conference donning his huaraches and guayabera…we lost one of our icons, my heart is heavy today, but I am so grateful to have had him in my life and in our industry,”  “Arturo Villar was a trailblazer, and a visionary he will be missed by all those who knew him personally,” Izzy Gonzalez, Director Cross Platform Sales, US at CNN, concludes.