Some stories the Latin Advertising and Media World is talking about this week.

» NYT, Financial Times and El Pais seek Latin Glory
As we reported earlier this week the New York Times is planning to launch an online Portuguese-language edition for Brazil in 2013. The announcement comes only two weeks after the Financial Times unveiled it was set to expand its presence in Brasil with the launch of a digital newspaper print site in São Paulo, a Latin America homepage and a new mobile app for the region. The Next Web reports that another newspaper is also placing a strong bet on Latin America. This newspaper is Spain’s El Pais (Grupo Prisa), which already boasts that 31% of its digital readers come from Latin America. According to Juan Luis Cebrián, CEO of its parent company Prisa, El País’ ongoing restructuring process implies an even stronger bet on the Latin American market. Yet, according to TheNextWeb,  it remains to be seen whether Cebrian’s team will be able to execute this strategy. Grupo Prisa recently announced plans to lay off 30% of the newspaper’s staff.

» Vertis sold to Quad Graphics
Vertis, Inc, a provider of targeted advertising, media and marketings solutions, will be acquired by Quad/Graphics for $258.5 million, Printweek reports. To facilitate the sale to Quad Graphics,Vertis and its subsidiaries have filed for Chapter 11. It is unclear how the company’s financial troubles will impact the sale, but, according to a release, Vertis has also filed documents seeking the Bankruptcy Court’s approval of the proposed sale, and has the support of its lenders. “Quad/Graphics believes in the power of print in today’s multichannel media world and this acquisition further strengthens our ability to help retailers and direct marketers drive meaningful business results,” Joel Quadracci, chairman, president and CEO of Quad/Graphics, says in a prepared statement. 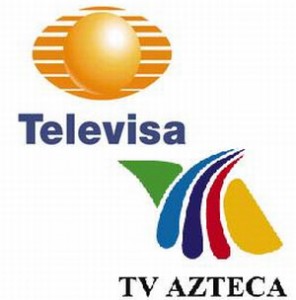 Foro Portada Mexico: TV Azteca and Televisa exit from IBOPE to cause changes in 2013

VIZIO Ads Closes Upfront with $200M+ In Commitments from Agencies, Brands and Studios