Tammy Soares has been promoted to president of digital customer engagement at agency Rosetta. She was most recently executive VP at the agency, overseeing its Western region. Soares will report to Shannon Denton, CEO of Razorfish Global North America. Both Rosetta and Razorfish are part of Publicis Groupe.

Comunicad, LLC a full-service, cross-cultural public relations and marketing communications agency based in Arlington, VA, has announced the appointment of new staff : 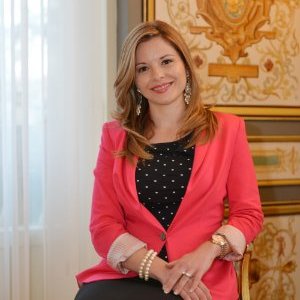 Shalimar Alio was named senior account executive. Alio comes from the Congressional Hispanic Caucus Institute (CHCI) where she was the senior manager with the strategic communications and events department. Alio, who previously worked at Comunicad, has more than 10 years of experience developing partnerships while leading communications campaigns and event logistics. She was recently accepted to Georgetown University’s Master in Public Relations and Corporate Communications program, is a graduate from the American Express Leadership Academy in partnership with the Center for Creative Leadership, has a Graduate Certificate in Marketing from Georgetown University, and holds a BA in communications from the University of Sacred Heart in Puerto Rico.  At Comunicad, Alio will oversee strategy and development for national clients with creative solutions for their community development campaigns, stakeholder engagement and programs. 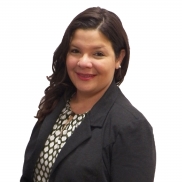 Ileana Ruiz has also joined the media relations team at Comunicad. Ruiz was previously with the communications department at the US Census Bureau. At Comunicad, Ruiz provides support on publicity, outreach, content development and social media efforts. Ruiz holds a MA in communications and public relations from the Sacred Heart University in Puerto Rico and a BA in marketing from Universidad de Puerto Rico.

Marysol Castro will be the host of ESPN’s Premier Boxing Champions telecasts. The boxing series premieres on Saturday, July 11 at 9 p.m. Castro most recently was a news anchor at WPIX New York. Prior to that she had on-air roles at CBS’s The Early Show and ABC’s Good Morning America.

Glen Tacinelli has been named general sales manager at 77 WABC Radio in New York, a Cumulus Media station. For the past seven years, he managed Eastman Radio’s New York office, representing radio stations in over 137 markets across the country and heading up a sales team. He has also held management positions at consumer research company Arbitron, which was acquired and merged into Nielsen.