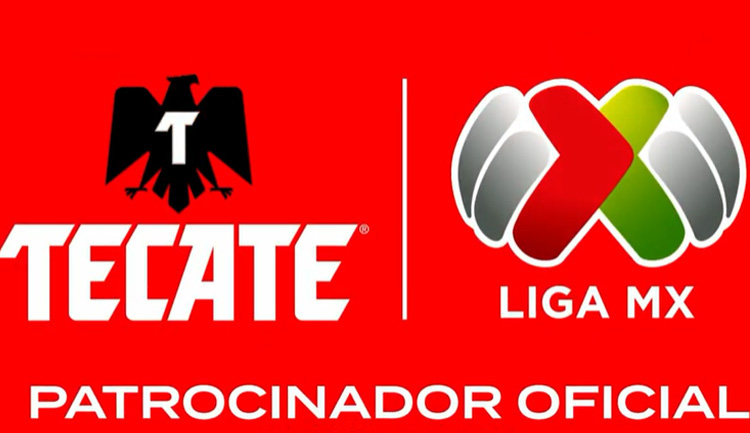 The official Tecate sponsorship and its associated activations reflect the long-standing affinity and passion for Mexican soccer here in the U.S. The agreement includes the use of logos, names, and images of teams and players participating in LIGA BBVA MX, interviews with Mexican soccer legends, presence in matches during the season openings and closings, access to exclusive items, and a presence in the best match highlights on LIGA BBVA MX social platforms.

“With this exclusive sponsorship, Tecate takes a strong step forward to stand as the brand that best connects U.S. fans with their favorite LIGA MX soccer teams, offering memorable experiences on and off the field,”  Tecate Sr. Brand Director, Oscar Martinez tells Portada. “With an exciting summer of soccer upon us, we’re thrilled to deliver unforgettable experiences that speak to our maverick and unapologetic spirit. Mexico is in us!”

There is no doubt that LIGA MX’s following in the US is very strong, with an average of over 400,000 viewers per match, representing 40% of LIGA MX’s audience.

Guillermo Alegret, Commercial Director of LIGA MX, added “We are very excited to have Tecate, an established, well known Mexican brand, expand their partnership of LIGA MX into the United States. There is no doubt that LIGA MX’s following in the U.S. is very strong, with an average of over 400,000 viewers per match, representing 40% of LIGA MX’s audience. The American market continues to be an important place for LIGA MX to grow and connect on a daily basis with the Hispanic community, in addition to the over 35 million Mexican Americans residing there.”

“Tecate is already one of Mexican-Americans’ favorite brands to enjoy with friends, and that is the intention of this partnership: to offer fun and safe experiences for fans of legal age, while allowing us to deliver messages of social responsibility,” Martinez added.

A few years ago Tecate switched from boxing to soccer in terms of the sports it will be supporting to reach U.S. audiences.  Martinez notes that “boxing gave a lot to Tecate and for that we’ll be always grateful to our partners in the sport. With soccer, however, we have the opportunity to expand our consumer base, and engage in ongoing conversation with them 365 days a year, with a more fluid schedule of events and retail activation opportunities.”

With soccer we have the opportunity to expand our consumer base and engage in ongoing conversations 365 days a year, with a more fluid schedule of events and retail activation opportunities.

According to Martinez, “the pivot to soccer is a biproduct of the natural evolution of our consumer base, and we jumped at the opportunity to become official sponsors of LIGA MX in the U.S. The ultimate goal of course being to recruit more avid Tecate consumers while helping to elevate the overall profile of the sport in America. Martinez adds that as a brand,  “we’re constantly on the lookout for how our consumers are engaging with and reacting to the content we put out there. We do a yearly internal marketing mix analysis, the preliminary data from which shows very positive responses to our soccer programming. As a brand that has taken on a new positioning in the last couple of years, it’s important to us to be mindful of what moves our U.S. market, and soccer is definitely trending in that direction.”

It’s important to be mindful of what moves our U.S. market, and soccer is definitely trending in that direction.

Nick Kelly, until the end of 2020 Head of U.S. Sports Marketing at Anheuser-Busch, and currently president of Charlotte, F.C. told Portada in an 2019 interview that “LigaMX can be a much better experiential marketing vehicle to engage U.S. Hispanics than the MLS.”  Tecate’s Martinez agrees: “Liga MX is the most watched and followed soccer league in the U.S., and our brand attributes and consumer base align near perfectly with Liga MX expansion goals in the US. We’re in a great position to engage with the fans of the fastest growing sport in the U.S.”
According to Martinez, Tecate has built “a very strong relationship in the U.S. with three of the most relevant soccer teams from Mexico: Chivas, Tigres, and Rayados, which have allowed us to engage with their fans in markets like California, Texas, and Illinois – each of which is a core DMA for the Tecate U.S. brand.”
Regarding upcoming activations of the new Tecate sponsorship, Martinez says that he is currently “developing an activation plan that will leverage and help proliferate key points of the sponsorship. Our team is excited to fully execute on that plan as soon as it’s safe to reopen, including soccer legends’ participation at retail activations, fan viewing parties, incentive trips to games in Mexico for our consumers and retailers, and text-to-win opportunities among others.”

Additionally, within the HEINEKEN USA portfolio, the Heineken® brand has already been a passionate supporter of MLS for many years, as sponsor of Inter Miami Club de Fútbol, Orlando City SC, NY Red Bulls and NYCFC, among others. Last year, the brand executed a “Stadium in a Box” sweepstakes which effectively brought the passion and excitement of an MLS match to winning fans’ homes.

Synergies on Both Sides of the Border

Tecate is the official sponsor of Liga BBVA MX in Mexico as well, thus the synergies on both sides of the border bring added power and opportunity to the overall Tecate sponsorship. “This particular partnership will facilitate us becoming even more engaged with and meaningful to an already loyal bicultural consumer in the USA,” Martinez adds.

In addition, Tecate will be the main sponsor of the Campeón de Campeones match, set to take place in Los Angeles this July. This game is the only official Liga MX game held outside of Mexico, and Tecate will be fully activating at retail and on-site to bring even more energy and excitement around the most watched soccer league in the U.S. 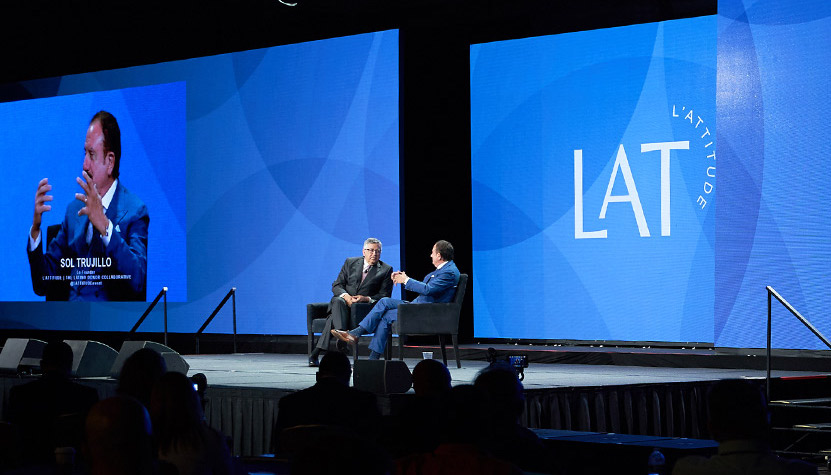