What: Uniform manufacturers, banks, cement companies, and casinos top the list of Mexican soccer sponsors.
Why it matters: Knowing what Mexican brands are targeting Mexican soccer fans also offers interesting clues about brand affinity of Mexican-Americans in the U.S. In addition, having the exclusive for making and selling team uniforms, or having your beer logo on a team jersey – in addition to selling the beverage at the stadium – are profitable investments for brands, even if sponsorship figures for Mexican soccer remain undisclosed. 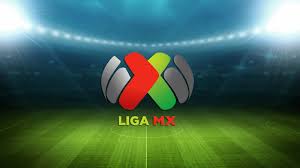 Liga Mx, which according to statistics is followed by at least 60% of the Mexican population, has a series of sponsoring brands that are split among those which produce team uniforms, and those which stamp their names or logos on the garments used by the players on each of the 18 teams that make up the largest Mexican soccer league.

First are the brands that manufacture and provide the teams with their uniforms:

The dollar value of the sponsorships is guarded with great secrecy, and neither the brands nor the teams generally divulge the numbers that grant them the exclusive rights to the manufacture and sale of team jerseys. With retail prices that range from 900 to 1,300 pesos, it translates into a very profitable business for sponsors. 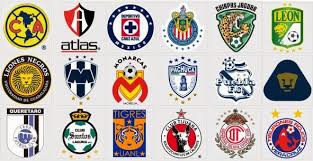 But even when sportswear brands are globally renowned, industry experts say that the crux of the sponsorship business is not in who makes the uniforms, but in the brand that supports each of the teams – and whose logo appears on team jerseys – as is the case of beer brands in markets like Germany, Brazil, and  Mexico.

The relationship between beer and soccer fans does not seem to be a coincidence, since the three countries (Mexico, Brazil and Germany) are the most important beer producers. Beer has thus become the sponsor of such important sports events as the Super Bowl, Europe’s Champions League, Formula One, and Mexico’s Liga Mx.

When the Liga Mx championship was defined, the Tigres wore the Tecate brand on their jersey, while the América wore the Corona brand. As all the fans know today, the corona or crown, was taken by the Nuevo León team.

But other brands also want the attention their product would get by being printed on a uniform. This is the case with cement companies that sponsor their own teams, such as Cruz Azul, Cementos Fortaleza (Pachuca), and Cemex (Tigres); banks such as Banamex (Toluca and Pumas), BBVA Bancomer (Monterrey), Multiva (Querétaro), and Compartamos Banco (Chiapas); and, most recently, casino chain Caliente.

In fact, Caliente – which includes the online betting site Caliente.mx – is the brand that arrived in mid-2016 and went on to become one of the main sponsors of Mexican soccer, with its support of four teams: Tijuana, Puebla , Morelia, and Chiapas, and is poised to increase its sponsorship efforts starting in the second half of 2017.

Debora Montesinos contributed in this article

What: Atlanta United finalizes the process of joining Major League Soccer (MLS) after almost a decade of preparations.
Why it matters: The debut of the new franchise can be used as a guide to understanding the inner workings of first division soccer in the U.S. and the requirements to join the league.

Atlanta has succumbed to the soccer boom and, as of last weekend, already has a team that aspires to position itself quickly. When the referee whistled the start of the match, a dream that was born almost ten years ago finally became reality—one that can serve as a guide to promote the popular sport in the United States.

In 2008, Arthur Blank, billionaire co-founder of The Home Depot, saw a great investment opportunity in MLS for the city of Atlanta. After his first approach to build a new stadium for the nascent team was turned down by the league, Blank withdrew his offer in 2009, but not his interest.

As the owner of the NFL’s Atlanta Falcons, Blank kept a close eye on both the growing Hispanic population in Atlanta and on companies interested in becoming investors, maintaining his solid presence on the periphery of the MLS.

And thus began an intermittent flirtation between the entrepreneur and the league for the future of the largest metropolitan area of the U.S. without a first division soccer team. In May 2013, the Georgia Department of Economic Development authorized a $30 million bond issue to finance the purchase of land for what would eventually become known as Mercedes-Benz Stadium. A year later, on April 16, 2014, Blank celebrated MLS’s approval to join the league’s Eastern Conference.

In Major League Soccer, teams and player contracts are collectively owned by the same league. The owners ̶ or co-owners, rather ̶ function as shareholders in the league and as operators of their respective brands in the sports and marketing areas. This allows a homogeneous development of the league, which applies internal norms such as salary caps, player development, and signing of proven star players worldwide. At the same time, each team develops its own strategies to flourish in their city and attract fans and sponsors both inside and outside the United States.

As a result, and with the Mercedes-Benz Stadium project already underway, the next challenge for Blank was clear: to attract the interest of local fans for ‘the other football sport’ in a city flagged as a “lazy sports town” ̶ a city without a large active interest in professional sports, which translates into low ticket sales ̶ and supervise the construction of a competitive squad with the goal of reaching the play-offs in its first season.

For the first objective, it was the community itself that allied with Blank. Graphic designer Matt Stigall founded the Terminus Legion fan group to support local soccer at all levels. Armed with the history of the city and its brotherhood with the Falcons, Stigall and Terminus began a campaign to attract fans to the nascent team. By December 2015, more than a year before its league debut, 29,000 fans had already committed to buying season tickets.

To cover the soccer aspect, Brit Darren Eales was named club sport president in 2014. Since 2010, the former professional player with an economics degree from Brown University has also served as director of football administration at England’s Premiere League club Tottenham Hotspur. As if that weren’t enough, the club also hired renowned former US national team player Carlos Bocanegra as technical director.

Using all the resources at their disposal, Eales and Bocanegra focused on solidifying the squad. By taking advantage of $60 million training facilities located just 15 miles from Atlanta, and using the Designated Player Rule (which allows teams to hire certain players outside the salary cap), plus borrowing players from clubs such as México’s Tijuana, Argentina’s Vélez Sarsfield, Italy’s Torino, and Tottenham itself, the idea of a squad capable of reaching the top places in its conference began to take shape.

To round off the operation, former Barcelona coach and Argentina national team player Gerardo “Tata” Martino was named the club’s first head coach in September 2016. Tata was charged with supervising the team’s operations, giving it a style of its own, and making it attractive to fans, thus becoming the last foundation stone put into place for the first division team to debut in the so-called ‘Capital of the South.’

On opening day of the 2017 MLS season, after almost a decade of preparation, Arthur Blank finally saw the Atlanta United run onto the field at Georgia Institute of Technology’s Bobby Dodd Stadium – which will be the team’s home field until the Mercedes-Benz stadium opening against Kaká’s Orlando City on July 30th. The club’s season opener against the New York Red Bulls was held before more than 55,000 fans and hundreds of thousands more watching on television, and enjoyed the support of four different fan groups, including the Terminus Legion.

Atlanta United’s first official goal was scored by Argentine Yamil Asad, son of the iconic Omar Asad de Vélez, nicknamed ‘The Turk’. And although the club lost 2-1 in the final minutes of the game, Blank saw this as another minor mishap on his way to conquering the MLS. As the official twitter account of the club said: “It’s not a stat. It’s a statement.”

What: CNN Latino ends television programming after broadcasting for a year in Spanish for the  U.S. Hispanic market.  CNN  en espanol (in Spanish), the Spanish-language version of CNN that is mostly aired in Latin America, will continue on air.
Why it matters: CNN Latino did not meet revenue expectations. The failure highlights the challenge in building a Spanish language news network targeting the U.S. Hispanic market.

CNN Latino, the news network directed to the Hispanic market in the US, will close down its programming operations after a year, this February.

“CNN Latino was a bold effort to emphasize CNN’s commitment to the Hispanic market in the United States,” said Isabel Bucaram , a spokeswoman for CNN in Spanish.

“During 2013 we learned a lot and will use that knowledge to continue to innovate and evolve our presence in the Hispanic community in the United States,” Bucaram added.

Unluckily, despite the best efforts of many people, CNN Latino did not meet business expectations  and its programming will finish this month.

CNN in Spanish, the Spanish-language version of CNN, will continue on air.

CNN Latino began operating from Los Angeles in January 2013. Months later, it expanded coverage to Miami, where it began broadcasting on August 19 including a programming Spanish block made for the US Hispanic market.

The programs were transmitted on Channel 18 WDFL open signal, Comcast Channel 18, AT & T channel 20 and Atlantic Broadband channel 82. In addition, it was broadcast to other markets such as Los Angeles, New York, Orlando, Tampa, Phoenix and Salt Lake City, where they calculated it reached more than a third part of all Hispanic households in the United States.

TV Azteca’s sales in 2013 are projected to see a slight increase of 0.1%, in addition to pre-tax earnings, write-offs and depreciation (Ebitda) of 0% due to weak growth (0.2%) in advertising sales as a result of the industry’s complex environment, says Monex Grupo Financiero.  TV Azteca has a subsidiary in the U.S. Hispanic market called  Azteca Americas.

The TV network’s operating margins and EBITDA will stay unchanged at 32.4% and 36.8%, respectively, as a result of higher costs and sales expenses compared to the company’s total revenues.

Valeria Romo, securities analyst for telecommunications and airports at Monex, notes i that TV Azteca is Mexico’s second-largest television company, with a 32% market share.

The company operates three television channels aimed at different segments of the population: Azteca 7 targets middle and upper-class young people, Azteca 13 is directed at the whole family, and Proyecto 40 targets viewers interested in news and culture. “Azteca’s strategy in the Mexican market centers on a multi-functional format that uses content production to generate value relationships with viewers and a win-win relationship with companies that place ads on its channels,” says Romo.

Romo believes that Azteca’s value proposition is directed toward generating virtuous relationships between viewers and content, in order to provide advertisers with attractive and therefore more profitable ad space.

According to the report, the company has about 400 national advertisers and over 6,000 local ones, with its 10 largest advertisers representing 24% of the company’s total sales.